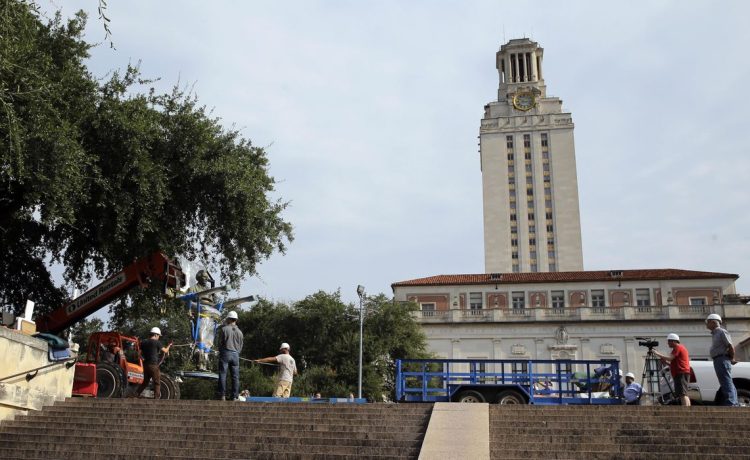 The University of Texas at Austin has implemented diversity, equity and inclusion policies that “espouse a clear ideological agenda” at every level of academic life, a recent report finds.

“Most worryingly, many job applicants at UT Austin must now expound upon their past and planned contributions to DEI [diversity, equity and inclusion] through a diversity statement,” John Sailer, author of the 21-page report, told The Washington Times. “In practice, this requirement inevitably functions as a test of political or ideological allegiance.”

Officials at UT Austin did not respond to a request for comment.

UT President Jay Hartzell announced his plans to recruit more diverse students and faculty during racial justice protests in the summer of 2020, according to a post on the school website.

“These actions will include expanding programs that provide opportunities for future Black leaders, changing the names of campus buildings, and establishing historical context about the university’s history,” UT says in the post.

The university’s move to promote diversity comes after years of institutionalized racism in the South, according to James Grossman, executive director of the American Historical Association, the nation’s largest professional trade group for historians.

“The University of Texas, like most universities across the South, for decades espoused a speciﬁc set of contentious political views regarding the place of Black people in the state and nation, taught histories and other disciplines that legitimated those views, and embedded the principles of white supremacy into the fabric of the university,” Mr. Grossman said in an email.

The report traces the rise of DEI policies at UT Austin to a 2016 letter that student activists sent to administrators. That letter called for “comprehensive restructuring of academic policies to address the institutionalized racism that Black students are facing.”

In response, the university launched a “Diversity and Inclusion Action Plan,” pledging funds and other resources for DEI programming.

The school has since held faculty and student training sessions on critical race theory and “implemented curricula laden with the watchwords of identity politics, such as ‘microaggressions,’ ‘systemic racism,’ and ‘intersectionality,’” the report states.

But not everyone on campus has embraced the principle that unequal treatment in the past requires unequal redress in the present.

Such hiring preferences violate the explicit language of the 1964 Civil Rights Act, said retired political scientist Robert A. Heineman, a department chair for more than 16 years at Alfred University in New York. The issue is now pending before the U.S. Supreme Court.

“Efforts by the University of Texas and other institutions to achieve their views of equity, diversity, and inclusion beyond the specific wording in the 1964 law are going to run into serious problems with the nation’s highest court,” Mr. Heineman said in an email.

Pushing faculty to promote DEI values could violate UT’s legal obligation as a public institution to respect the First Amendment right to free speech, according to the Foundation for Individual Rights and Expression.

“While colleges and universities are able to advocate for certain values, and have a significant interest in ensuring their faculty are effective teachers who create welcoming environments for students, they cannot use DEI criteria as a litmus test to punish faculty who dissent from university-sanctioned orthodoxy,” said Graham Piro, a program officer at the Philadelphia free-speech group.