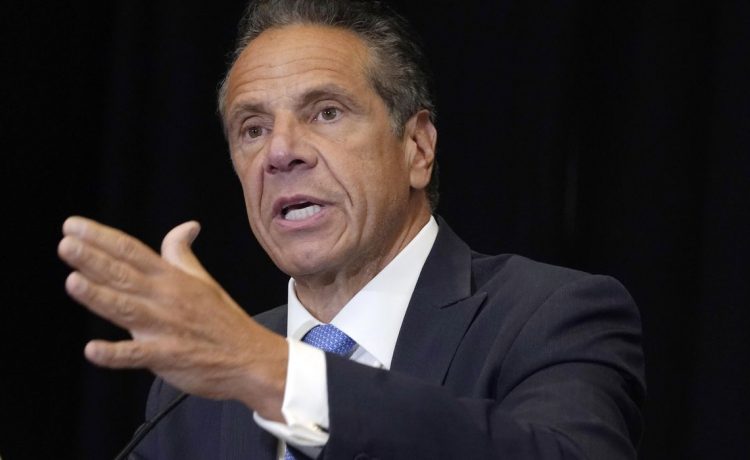 ALBANY, N.Y. — Former New York Gov. Andrew Cuomo improperly used state resources for a book he received $5.1 million to write, according to a report by a law firm.

New York’s soon-to-be-disbanded ethics commission, the Joint Commission on Public Ethics, voted Thursday to make the report public. It had sought the investigation by the law firm to learn more about how the book deal was approved and the role played by the commission itself.

The report says the ethics commission failed to assert itself as a watchdog agency against the governor and should have asked for more information from Cuomo’s office.

Cuomo had already written 70,000 words of what was expected to be an 80,000-word book before he submitted a request seeking approval by the Joint Commission on Public Ethics for the book in 2020.

That meant Cuomo wrote and publicized the book at a time when it interfered with his responsibilities as a governor leading the state’s response to the COVID-19 pandemic, the report said.

In December, the commission ordered Cuomo to turn over money from his book, “American Crisis: Leadership Lessons from the COVID-19 Pandemic.” Cuomo has filed a lawsuit accusing the commission of violating his rights and showing bias against him.

The commission is being disbanded by Gov. Kathy Hochul, like Cuomo a Democrat, over concerns about its transparency and independence. The commission is exempt from the Freedom of Information Law and the Open Meetings Law, and it is made up of 11 members nominated by the governor.

Cuomo spokesperson Richard Azzopardi in a statement that the report provided a measure of vindication by confirming the governor’s office provided all that was required by the commission for approval.

“There is some poetry to the fact that this feeble stunt – authored by the very law firm that is representing JCOPE in our lawsuit – is the last act from this incompetent biased, score settling dinosaur of a bureaucracy,” he said.

Meanwhile, the state attorney general’s office continues to investigate whether Cuomo broke the law by having members of his staff help write and promote his pandemic leadership book. Attorney General Letitia James’ office said Friday that the investigation, which began in April 2021, is ongoing.

The former special counsel in the governor’s office, Judith Mogul, said that no state resources were used in writing the book, and that any staff assisting the former governor on the book were doing so on their own time, in a memo accounting her interactions with the ethics commission.

The report said the book raised several ethical issues, finding Cuomo “misused the power and authority of his office to create, market and promote for enormous personal profit.”