Report: India passes China as No. 1 exporter of grad students to U.S. 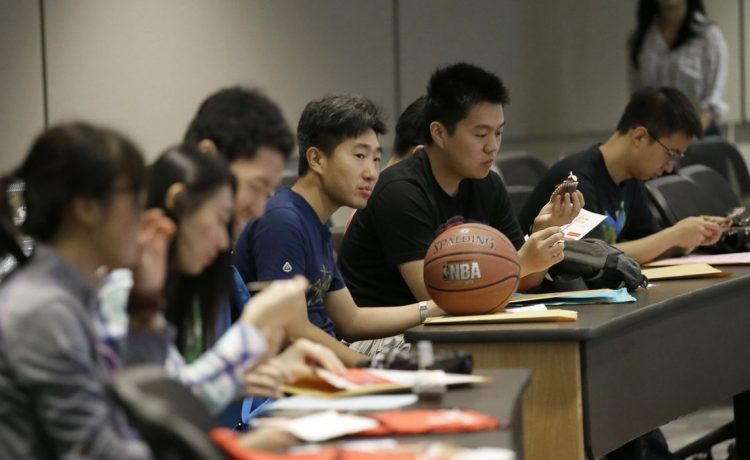 India has passed China to become the leading supplier of international graduate students to American universities, according to data released Wednesday.

Administered between September and November 2021, the group’s latest survey covered 361 institutions — 48.5% of the nation’s graduate programs.

“While the substantial increase in Indian students is striking, we believe this increase is due in large part to the higher deferments of Indian graduate admissions in Fall of 2020,” said Enyu Zhou, a senior analyst at the council who authored the report on the survey. “Basically, fall of 2021 saw Indian students from two consecutive application years matriculating at the same time.”

In fall 2020, the council found that 21% of Indian master’s-level admissions and 12% of Indian doctoral admissions were deferred as the pandemic prevented Indians from traveling to the U.S. Those deferrals fell to 5% and 4%, respectively, in fall 2021.

By comparison, only 6% of Chinese students chose to defer their admissions during the pandemic.

The survey found that graduate applications from India increased by 36% last year — well above the previous 5% high for an annual increase dating back to 2016. Among Chinese students, new applications for fall 2021 dropped by 16%.

The report noted that strict pandemic policies stopped China’s travel to the U.S. longer than most other nations. And it said U.S. consulates in India were faster to resume student visa applications than those in China.

Some academics say Indians could outnumber Chinese graduate students in the U.S. even after the pandemic fades.

“There are policy shifts in China that will decrease the flow of students in the longer term, including closing down international education in elementary and secondary schools, which will diminish the pool of well-prepared students with good English and solid academic skills,” said Alan Ruby, a senior fellow at the University of Pennsylvania’s Alliance for Higher Education and Democracy.

According to a June report from the conservative National Association of Scholars, U.S. national security concerns have forced 104 Confucius Institutes sponsored by China’s communist government to either close or reopen under new names. Only 18 of the programs were still operating on U.S. campuses, with several more under review or set to close.

“Still another factor is the rising suspicion directed at Chinese students due to the flagrant misbehavior of the Chinese government in attempting to misappropriate American intellectual property and to entangle American academics in dubious exchange agreements,” said Mr. Wood, former associate provost of Boston University.