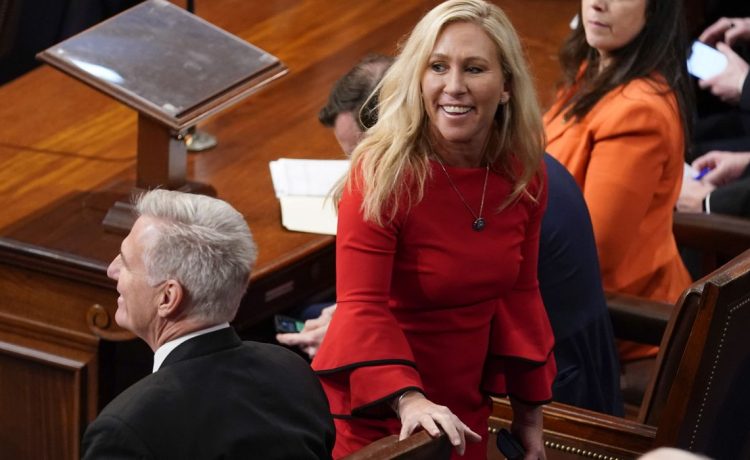 Republican Reps. Marjorie Taylor Greene and Paul Gosar, who had been stripped of committee seats in the last Congress, are ready to hold the Biden administration’s feet to the fire upon receiving new committee assignments.

Both lawmakers landed on the House Oversight and Accountability Committee, which is the key government watchdog panel in Congress, and they’ve already sent a message to President Biden that they won’t be holding back.

“We will return the role of the Oversight Committee to investigating waste, fraud, abuse, and mismanagement of the federal government, which is exactly what the American people are fed up with,” Mrs. Greene of Georgia said in a statement. “Joe Biden, be prepared. We are going to uncover every corrupt business dealing, every foreign entanglement, every abuse of power, and every check cut for ‘The Big Guy.’”

Mr. Gosar’s office noted the Arizona Republican was particularly interested in getting answers from the administration on security at the southern border, as well as Hunter Biden’s business dealings.

“No stone will be left unturned,” said Anthony Foti, spokesman for Mr. Gosar. “That includes investigating the Bidens being bribed by Ukraine and using fake and undisclosed ‘rent payments’ of $50,000 per month from Burisma in Ukraine, investigating Biden’s illegal handling of sensitive, highly classified documents stashed in his garage next to his Corvette, investigating the Biden administration’s role in bullying social media companies to censor free speech, views and news on platforms, and weaponizing the DOJ, FBI and the ATF to go after their political opponents.”

Mrs. Greene’s rise to the Oversight and Accountability Committee was particularly notable since she requested the spot from Speaker Kevin McCarthy, having supported him for the gavel.

The Georgia Republican was also named to the House Homeland Security Committee.

Mr. Gosar was also returned to the House Committee on Natural Resources.

In February 2021, when Democrats held the House majority, Mrs. Greene was removed from her committee assignments after incendiary and violent past comments she’d made came to light.

Eleven Republicans joined their Democratic counterparts in that vote to strip Mrs. Greene from her committee duties.

Mr. Gosar was stripped of his committee assignments by the House in November 2021 through a vote to censure him over an anime video posted to his social media showing a cartoon version of him appearing to attack President Biden and kill Rep. Alexandria Ocasio-Cortez, New York Democrat.

Rep. James Comer, Kentucky Republican and Oversight chairman, has laid out several priorities already for his panel, including aggressive efforts to investigate Hunter Biden and potential “influence peddling” in the Biden family.