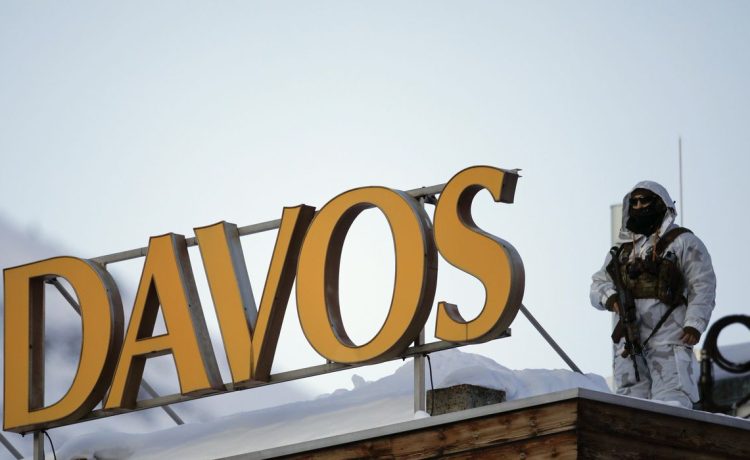 A handful of Republican lawmakers is set to attend the World Economic Forum in Davos, Switzerland, next week despite opposition to the organization from some GOP leaders and conservative activists.

The swank conference in the Swiss Alpes, however, regularly draws rebukes from Republicans for being little more than where the rich and powerful make deals and promote globalism.

“All these elites come in for the World Economic Forum and basically their vision is they run everything and everybody else is just a serf,” said Florida Gov. Ron DeSantis, a Republican. “They’re going after energy. … It’s really weakening western society, western values.”

Mr. Issa, who serves on the House Foreign Affairs Committee, said he agreed with much of the conservative criticism of the forum and would serve as a dissenting voice when attending.

“We should not accede to being excluded from a deeper dialogue at the World Economic Forum any more than being shut out of college campuses, online platforms, or public forums,” said Mr. Issa, California Republican. “This is what liberals are doing all over the world to drive away dissent and prevent free speech.”

Mr. Kemp’s office said his presence at Davos would serve to highlight the conservative principles he’s championed in Georgia on a global stage.

“Governor Kemp looks forward to traveling to Davos to share with leaders how the state of Georgia’s long record of conservative governance, protecting individual liberty, and championing opportunity can serve as a model for economic success across the country and around the world,” said a spokesperson for the governor.

Mr. Kemp will headline a panel with Illinois Gov. J.B. Pritzker, a Democrat, on how American foreign and domestic policy could change now that the midterms are over. Among others on the panel are Democratic Sens. Joe Manchin of West Virginia and Chris Coons of Delaware, independent Sen. Kyrsten Sinema of Arizona, and Mrs. Salazar.

At least one high-profile Republican made a last-minute decision not to attend.

Idaho Sen. Jim Risch, the top Republican on the Senate Armed Services Committee, was set to go to Davos but is no longer listed as a speaker or part of the official delegation. Mr. Risch was one of several Republicans to be criticized on conservative blogs for participating in the event.

Mr. Risch’s office did not return requests for comment on this story.