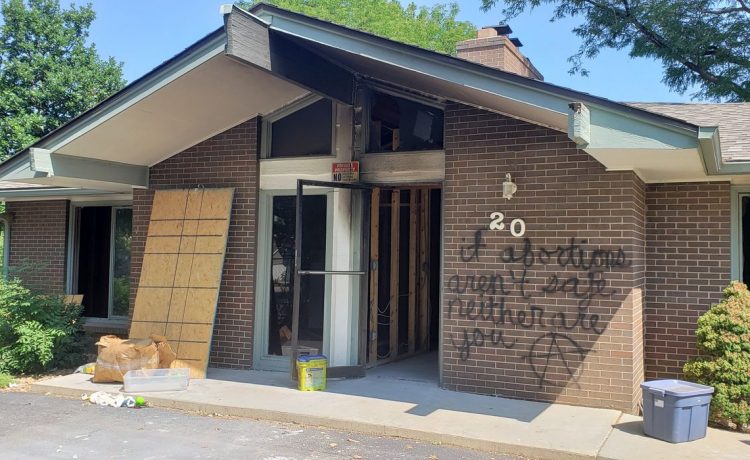 House Republicans sought Tuesday to prod federal authorities investigating rising attacks on pro-life pregnancy centers, accusing the Biden administration of a lackluster response to the surge in violence spurred by the fall of Roe v. Wade.

The Protect Pregnancy Care Centers Act would require the Justice and Homeland Security departments to disclose information to Congress on their efforts, “including details gathered on groups that have claimed responsibility for the attacks and the number of prosecutions initiated against perpetrators.”

The legislation, which has 28 cosponsors, said the Justice Department “has abdicated its duty and failed to provide justice for victims of violence.”

“The Biden administration has failed to identify the threats, violence and calls to violence against pregnancy centers as the work of domestic violent extremists,” the bill states.

At least 70 pro-life pregnancy centers, which offer free services including ultrasounds but not abortions or abortion referrals, have been hit by vandalism, graffiti and even firebombing since the May 1 leak of the Supreme Court opinion in Dobbs v. Jackson, which overturned the Roe v. Wade decision legalizing abortion nationwide.

SEE ALSO: Sen. Lindsey Graham hits back at GOP on abortion ban push: ‘I’m pro-life, even in an election year’

“I believe all extreme and hateful acts of violence should be condemned, which is why I’m helping lead this legislation to hold President Biden accountable for his failure to respond to this threat with the urgency it deserves,” she said.

The shadowy radical group Jane’s Revenge has claimed responsibility for some of the vandalism after declaring a “summer of rage” on the pro-life movement, leaving behind spray-painted messages on buildings such as “Jane was here” and “if abortion isn’t safe neither are you.”

In June, the FBI confirmed that agents are investigating attacks and threats on pregnancy resource centers and faith-based organizations, including churches, but pro-life advocates have expressed frustration with the lack of arrests.

“Now more than ever, we need to ensure the safety and security of the estimated 3,000 pregnancy care centers that provide life-affirming alternatives to abortion —offering critical, quality care for pregnant women facing challenging circumstances and helping to save so many unborn, innocent lives,” Mr. Smith said in a statement.

The bill directs the Justice and Homeland Security inspectors general to provide information on the federal investigations to Congress, as well as report on funding available to pregnancy centers seeking to increase security.

“These crimes against innocent victims are unconscionable and stand in clear violation of 18 U.S. Code §248 — current law that requires the Biden administration to investigate and prosecute the individuals threatening, vandalizing, and damaging pregnancy centers,” Mr. Smith said.

Meanwhile, Sen. Elizabeth Warren, Massachusetts Democrat, led a letter to Heartbeat International, the largest network of pro-life resource centers, asking for information on how it protects the privacy of personal information gathered about its pregnant clients.

Such information may not be protected by the Health Insurance Portability and Accountability Act [HIPAA], the letter said.

“We fear that, in the wake of the Supreme Court’s Dobbs v. Jackson Women’s Health Organization decision that stripped women of their right to an abortion, this information may be used to put women’s health and freedom to choose in jeopardy, and to put them and their health care providers at risk of criminal penalties,” stated the letter signed by seven senators.