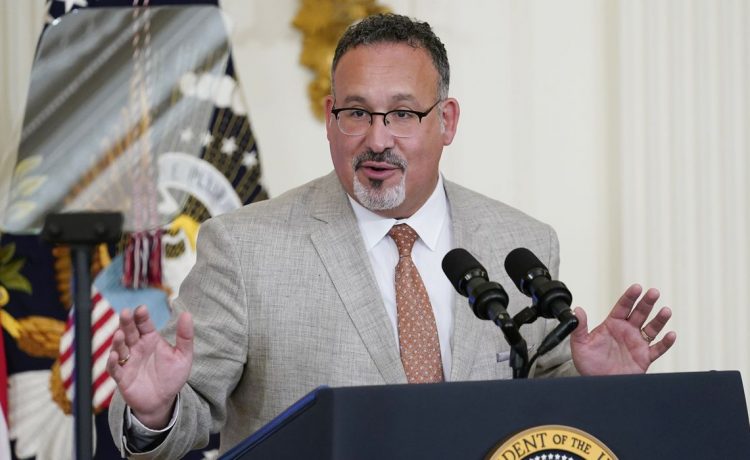 Republican Reps. James Comer of Kentucky and Virginia Foxx of North Carolina requested an immediate briefing on what actions, if any, the Education Department is taking to adopt an educational environment of tolerance and respect for all opinions.

The two lawmakers — Mr. Comer is the ranking Republican on the Oversight and Reform Committee; Mrs. Foxx holds that position on the Education and Labor Committee — noted that the federal government provides U.S. academic institutions billions in taxpayer-funded grants yearly.

“Despite this problem, the Department does not seem to be engaged in promoting the free exchange of ideas within our colleges and universities,” Mr. Comer and Mrs. Foxx said.

The Education Department had no immediate response to a request for comment from The Washington Times.

Reports of attacks on campus free speech are practically a daily news story, and the lawmakers took note of some in their letter.

They cited how a computer science professor at the University of Washington had been disciplined for refusing to include a divisive “indigenous land acknowledgement” statement on his course syllabi.

In another instance, it took a federal lawsuit for the University of Michigan to disband its “bias response team” which was restricting free speech by seeking out and reporting student conduct that was considered “hostile” or “biased” against specific groups.

The lawmakers noted that American taxpayers supply a substantial financial boost to both public and private universities.

Federal funds for 2019 were sent to public and private postsecondary education institutions in the form of federal student aid ($98 billion), grants ($41 billion), and contracts ($10 billion).

The Republican lawmakers said that for this reason, institutions of higher learning should be sites of open debate and dialogue.

The lawmakers asked Mr. Cardona for a staff-level briefing by Oct. 5 on how the department’s administration of funds for higher education is promoting free speech and academic freedom.

“The proliferation of cancel culture in American higher education threatens the ability of students and faculty to push themselves past their academic limits,” they wrote to Mr. Cardona. “The Department should be signaling to these institutions that academic freedom is paramount for the success of students, faculty, and society, and should help them see that limiting free speech is counter to the intellectual goals of academia.”