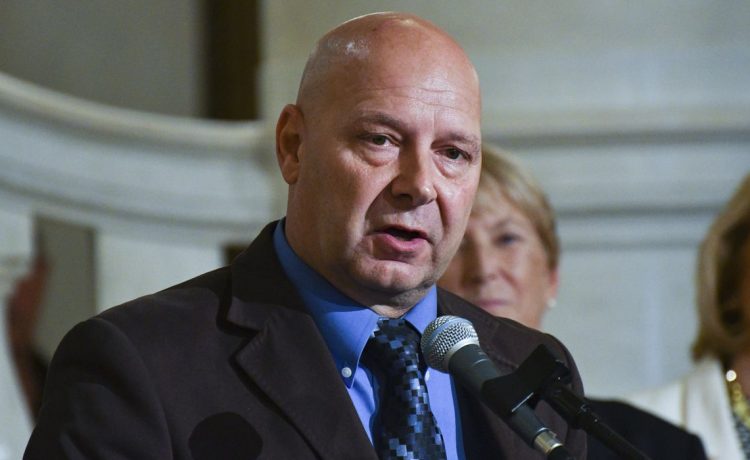 A photo of Doug Mastriano posing in a Confederate uniform is a nonissue, the Pennsylvania gubernatorial candidate’s allies insist as Democrats look to turn the old shot into a litmus test on the Trump-backed Republican’s fitness for office.

The photo is from the 2013-14 academic year when Mr. Mastriano was working at the Army War College, according to Reuters, which acquired the photo through a Freedom of Information Act request and published it Saturday.

It’s a portrait of the War College’s faculty for the Department of Military Strategy, Plans, and Operations, where he worked at the time.

The outlet reported that faculty were given the option to dress up in historical attire for the photo.

Mr. Mastriano is the only one wearing anything related to the Confederacy; most of the other staff members appear to be in military uniforms or business attire, though some of the faculty did dress up as historical figures.

The War College took down the photo once Reuters made its FOIA request, according to the outlet.

Pennsylvania Attorney General Josh Shapiro, who is the state’s Democratic candidate for governor this fall, used the photo to criticize Mr. Mastriano at a Saturday campaign rally.

“This man is dangerous and out of touch,” Shapiro said. “This man doesn’t respect you or our shared values of common humanity.”

But members of Mr. Mastriano’s campaign team and Republicans in the state believe the hyperventilating about the photo isn’t warranted.

Media MELT DOWN that Mastriano apparently once posed as a civil war historical figure for a photo. And? He has a Ph.D in HISTORY. The left wants to erase history. @dougmastriano wants us to learn from it. I invite @Reuters to go on a Gettysburg tour with Doug. You’ll learn a lot!

Sam Demarco, head of the Allegheny County Republican Party, told Reuters that the dredging up the photo is another example of why the media is distrusted by those on the right.

“It happened years ago,” Lee Snover, chair of the Republican Party in Northampton County, told Reuters. “There was something called the Civil War and that included Confederate soldiers, so not sure what the big deal is.”

Ms. Snover also said that she didn’t support taking down the photo because “I don’t like liberals tearing down our history.”

John Varnas, a Perry County resident and supporter of Mr. Mastriano, said he’s still voting for the Republican candidate because “he’s a conservative and he’s pro-life,” according to WPMT, the local Fox affiliate for York.

Mr. Mastriano retired from the Army in 2017 with the rank of colonel.