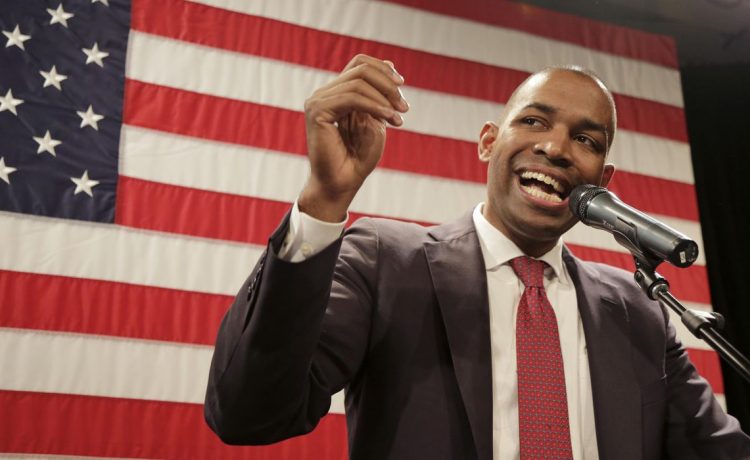 New York’s 19th Congressional District is being closely watched as a bellwether race for this year’s midterm elections.

New York Lt. Gov. Antonio Delgado, a Democrat, gave up the upstate congressional seat in May when tapped to be Gov. Kathy Hochul’s No. 2 and her running mate in this year’s gubernatorial election.

Fearing a repeat of the lost seat in a Texas special election earlier this year, national Democrats are pumping money into the New York race to fend off an emboldened Mr. Molinaro.

Both campaigns and their allies have launched a flurry of ads to energize their bases for the special election.  The Democratic Congressional Campaign Committee aired a joint TV ad with Mr. Ryan’s campaign about abortion rights. The National Republican Congressional Committee and the Molinaro camp launched a TV ad emphasizing the inflation issue.

The DCCC, which is the House Democrats’ campaign arm, changed tactics after low spending in the Texas special election. Political newcomer Mayra Flores flipped that longtime Democratic seat in South Texas into the GOP column.

Mrs. Hochul’s decision to pluck Mr. Delgado out of the district gave Republicans a shot at an open seat rather than against an incumbent, slightly improving the GOP’s odds for success in the swing district.

Mr. Ryan, 36, an Iraq war veteran, ran for the seat in 2018 but finished second in the primary to Mr. Delgado. He was elected to the Ulster County executive post the following year.

Mr. Molinaro, 46, started his political career at 19 as mayor of Tivoli, New York, before serving in the state legislature. He later became the GOP nominee for governor. He won re-election as Dutchess County executive in 2019.

Mr. Delagado was a last-minute replacement for lieutenant governor after Ms. Hochul’s first choice, Brian Benjamin, resigned in disgrace after federal prosecutors charged him with bribery, fraud and falsifying records as a state senator.

The winner of the special election —  to be held on the same day as New York’s primary elections — will serve out Mr. Delgado’s term but will have to run for a full term under the newly redrawn district in the general election in November.