Republicans have contacted 90 million voters ahead of midterms 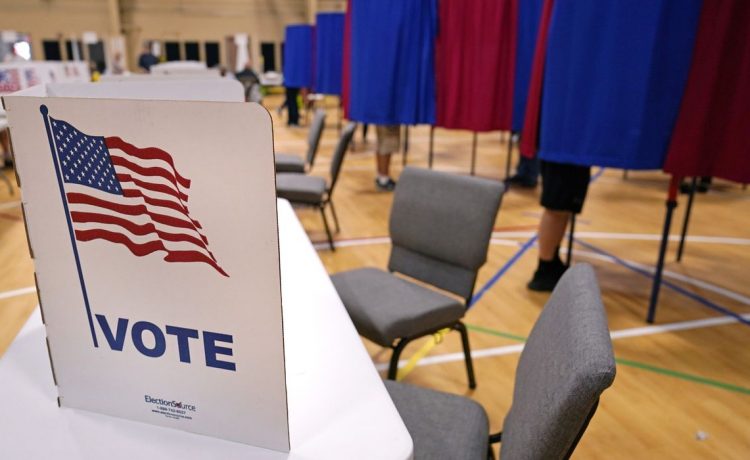 The GOP has flooded battleground states with organizers ahead of next week’s midterms investing millions in a data-driven ground game to turn out voters in a bid to control Congress.

The Republican National Committee said this week that it has made 1 million voter contacts across 21 battleground states, and 90 million contacts nationwide.

Republicans predict a “red wave” in next week’s elections will give the party control of both the House and the Senate.

A Convention of States Action survey conducted by the Trafalgar Group found that 50.2% of likely voters expect Republicans to take control of both chambers.

SEE ALSO: Biden cyber official says ‘elections are not over when the polling places close’

An overwhelming majority, 80.5%, think the GOP will take at least one chamber, according to the poll published this week.

Democrats face particularly stiff headwinds in the midterms from persistently high inflation and an economic outlook that grows more gloomy by the day.

But the wind at the GOP’s back going into the midterms has been months in the making.

The RNC has invested heavily to make inroads with non-White voters.

The party has opened 38 community centers throughout the U.S. “to promote minority engagement efforts” in addition to pouring millions into strategic data and digital investments.

The efforts appear to be paying off.

Polling suggests that Asian American and Pacific Islander (AAPI) voters have made a double-digit swing toward the GOP since 2016.

Similar GOP outreach campaigns have shifted Hispanic voters toward Republicans by roughly 15 percentage points in the past decade.

— Valerie Richardson and Ramsey Touchberry contributed to this story.