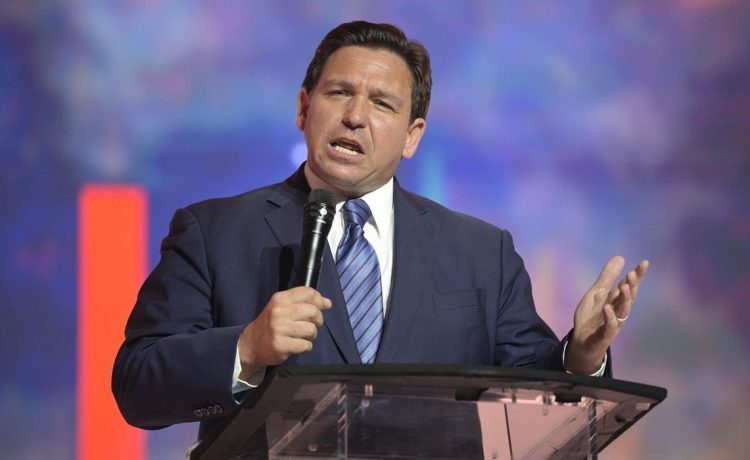 Nearly three-quarters of Republicans want Florida Gov. Ron DeSantis to wield influence over the future of the GOP compared to around two-thirds who would like former President Donald Trump to exert that power, according to a new poll that underscores a simmering party rivalry.

The ABC News/Ipsos poll said 72% are interested in seeing Mr. DeSantis flex his influence over the party versus 64% for Mr. Trump.

Sen. Ted Cruz, Texas Republican, came in right behind the former president at 63%, according to the late October poll of over 600 voters.

Mr. DeSantis is considered a Trump ally in rhetoric and style, but the pair have run into turbulence as they become the dominant GOP players.

The Florida governor reportedly recorded a robocall for Colorado Senate candidate Joe O’Dea, a Republican who has disavowed Mr. Trump.

“America needs strong leadership and desperately. That’s why I’m endorsing Joe O’Dea for U.S. Senate,” Mr. DeSantis says in the call, which was first reported by The Washington Examiner.

Mr. Trump posted the article on his Truth Social platform and wrote, “A BIG MISTAKE !” over top of the link.

Mr. DeSantis’ support for the candidate is a rare instance of a public break with Mr. Trump.

Earlier this year, Mr. DeSantis said he regretted not speaking up louder against Mr. Trump’s stay-at-home recommendation during the early days of the coronavirus pandemic in March 2020. The governor followed the White House’s lead in advising Floridians to stay home at the time.

Mr. Trump, meanwhile, appeared to take a swipe at Mr. DeSantis for declining to say directly whether he got a booster shot for COVID-19.

“They don’t want to say it because they’re gutless,” Mr. Trump told One America News in January. “You gotta say it, whether you had it or not. Say it. But the fact is that I think the vaccines saved tens of millions throughout the world. I’ve had absolutely no side effects.”