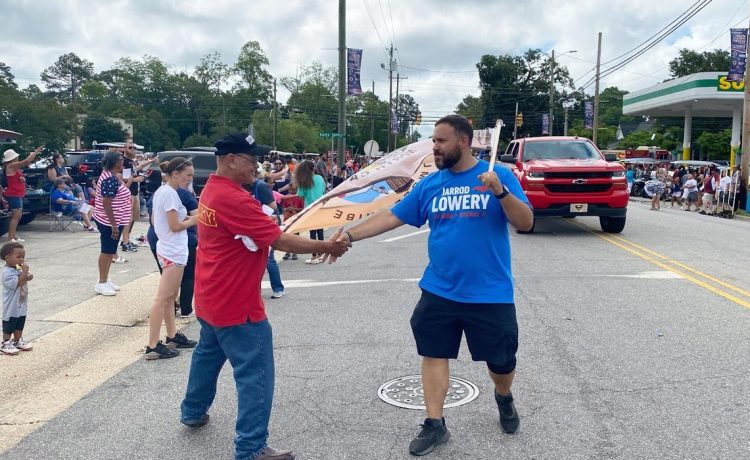 Jarrod Lowery had his work cut out for him running as a Republican in a Democrat-controlled legislative district dominated by the Lumbee Tribe of North Carolina, but it didn’t hurt that he’s a tribal member himself.

Mr. Lowery, 34, made history last month by flipping the House legislative district long held by Democrats. He will become the first American Indian Republican to serve in the state Legislature when it convenes next month, a milestone in the GOP’s push to elect more women and minority candidates to the statehouses.

When was the last time his district was held by a Republican? “Never,” said Mr. Lowery with a laugh.

“It wasn’t until 2010 that any Republican had represented any part of Robeson County,” he told The Washington Times. “This particular seat has never had a Republican.”

Democrats won bragging rights in last month’s state legislative contests by flipping four chambers – Republicans still hold the majority, with 58 out of 99 — but the Republican State Leadership Committee (RSLC) had plenty to crow about when it came to its $5.3 million investment in its Right Leaders Network.

The initiative for recruiting, training and electing diverse candidates saw results. In November, 769 Republican women and minority candidates, or 51% of those who ran, won their state legislative races.

That represents a surge from the 655 who were elected in 2020, according to the RSLC, which released a video Monday touting its success.

“The RSLC’s Right Leaders Network built on the success we had in 2021 in Virginia and New Jersey with a strong 2022 in which women and minority state legislative candidates played a key role in helping state Republicans gain seven new supermajorities, make meaningful gains in liberal strongholds, and achieve a number of historic firsts,” said RSLC President Dee Duncan.

Republicans breaking through included Soo Hong, 41, a lawyer who became the first Asian American Republican woman to win a seat in the Georgia Legislature.

Ms. Hong, who speaks fluent Korean, said she drew double-takes from voters on both sides of the aisle as she campaigned for the open seat representing South Hall and North Gwinnett.

“I had a lot of Democrats that were surprised that somebody who looks like me with my background would identify as a Republican,” Ms. Hong said. “And then there were some Republicans who were delightfully surprised.”

She may be the first, but Ms. Hong said she doubts she’ll be the last Asian American woman to carry the Republican banner in the statehouse.

“I think as Georgia grows in diversity as well, people are understanding that Republicans don’t just all look the same and Democrats all just don’t look the same,” Ms. Hong said. “As we continue with more minorities running in the Republican Party, I think people are getting used to seeing somebody like me run as a Republican.”

Republicans have long argued that their conservative stances and values align better with those of recent immigrants than those of the Democratic Party platform, but making inroads with minority voters has been a challenge.

Most minority voters have traditionally backed Democrats. Indeed, Ms. Hong said she leaned Democrat until she started researching the parties’ positions as an undergraduate at Georgia Tech.

“I think the Democrats definitely did a better job of making me feel like, ‘Hey, maybe this is the party for me, a lot of people who look like me are part of that party,’ but I didn’t want to be a Democrat just because people who looked like me are that,” she said. “That put me down a trail of, ‘Who am I? What are my beliefs?’”

Her family held conservative values, as do most Asian Americans, she said.

“I know a lot of people say, ‘Hey, most Asian-Americans are Democrats,’ but from the people I interact with, especially the Korean American community here in Georgia, a majority of them identify as conservative,” Ms. Hong said. “I had so many people in the Korean American community reach out, old and young, and say, ‘Your background, your experience is something that I can really relate to, and I’m really grateful that you’re also a Republican. We’ve wanted somebody like you to represent our values and our culture.’”

Mr. Lowery said that most Lumbee are conservative when it comes to social and economic issues, including his grandmother, a staunch fan of President Ronald Reagan. Even so, breaking the Democratic lock on voter loyalty has taken time.

In 2016, Republican Danny Britt won a state Senate seat in the region. The Republican National Committee opened its first community center in Pembroke, site of the tribal headquarters, in January.

This year, Mr. Lowery said he received 87% of the vote in his home precinct, which is about 93% American Indian. Mr. Britt and Republican Sen.-elect Ted Budd also topped 80%, he said.

“The party as a whole has made a really good, conscious effort in the Lumbee community, and I am very, very proud of it, because I’ve been a Republican since I was 18, and I remember when we couldn’t get over 30% of the vote,” Mr. Lowery said. “I’m very happy and proud to be part of the team that really, really invested in the community.”

In New Mexico, Jenifer Jones, 63, flipped a Democratic seat last month against a strong incumbent, becoming the only Republican state legislator to represent a portion of Dona Ana County.

Her victory prevented the Democrats from capturing the supermajority in the state House.

“I was the red trickle. We didn’t have the red wave, we had a red trickle, and well, that was me,” Ms. Jones said with a laugh.

Ms. Jones, a fifth-generation New Mexican, registered nurse and single mother of seven, said she was more liberal-leaning in her youth, “but by the time I had a family and a job, I became conservative.”

She said she believes her experience as a single mother resonated with voters during the campaign. Her issues included improving rural health care and combating rising crime in the district, which lies on the southern border.

“Our district is very conservative. A lot of those people who were leftover JFK Democrats have realized the party has left them, especially here in the state, and that they no longer relate to the platform and the legislative efforts of the state party,” said Ms. Jones. “It was really not hard once you talk one-on-one to people and get rid of those labels, Democratic and Republican.”

“They just barely missed it, so I still feel like in two years we can come back and maybe those people will run again and we might do a lot better,” she said.

Indeed, both Mr. Lowery and Ms. Hong won their contests this year after coming up short in previous bids for the state Legislature.

Mr. Lowery, a former member of the Lumbee tribal council, said he made it a point to reach beyond his community after his defeat in 2018 to Democratic state Rep. Charles Graham, also a member of the Lumbee Nation. Mr. Graham lost his bid for Congress in November to Republican Rep. David Rouzer.

“I had to take the time to go outside of the community and build relationships. I was pretty well known in my community, but you have to get out and build relationships [elsewhere],” Mr. Lowery said. “I tried to make it a point to eat breakfast and eat lunch and get my haircut in different places all over the district, because you never know where you’re going to meet people. And you can learn what’s important to them.”

Ms. Hong also applauded the GOP’s effort to reach out to minority voters.

“We probably haven’t done a great job of getting our conservative message out to different communities, but I think that in the last two elections we’ve done a great job of getting more candidates from these diverse communities to run for office and actually spread our conservative message,” she said. “For people to say, ‘Okay, that’s somebody I can definitely identify with.’”