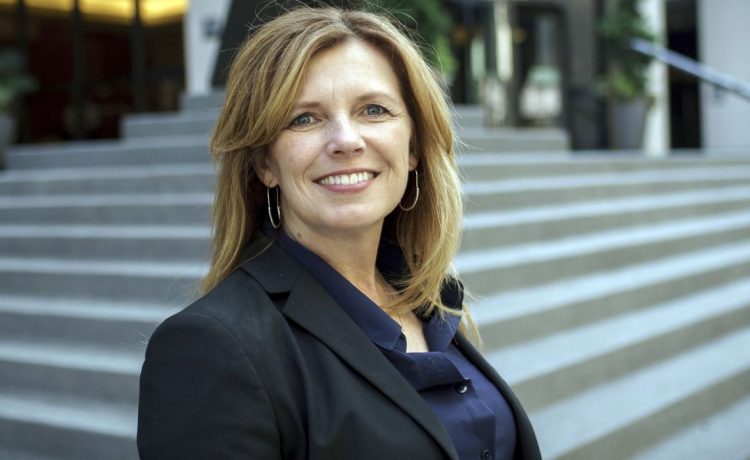 Some blue-tinged states are facing the prospect of GOP governors as Republicans ride the red wave in the final days before the midterm election, but nowhere is the phenomenon less expected than in Oregon.

Oregon has not elected a Republican governor since 1978. Less than a week before the election, however, Republican Christine Drazan holds a razor-thin lead over Democrat Tina Kotek in the race to succeed Democratic Gov. Kate Brown.

It’s a stunning turn of events in a state whose political scene has been controlled for decades by uber-leftist Portland.

That Democratic dominance is now being leveraged against the party as Republicans such as Ms. Drazan campaign against on rising crime, homelessness and high prices, a message that appears to be resonating even with liberal voters.

“People in that community want more police on the streets. They want to be safe. They want their kids to go to school and be safe when they walk to school. They don’t want to have to worry about homeless camps,” said Ms. Drazan on Fox News’ “Sunday Morning Futures.” “But that is the experience of people living in Oregon. And they are demanding better, for good reason.”

Days from the election, however, Republicans are feeling the momentum as they enter the final stretch within striking distance of a half-dozen Democratic gubernatorial incumbents, including in blue-state bastions such as Minnesota, New Mexico and New York.

Other states where Democratic governors are fighting to stay in office include Kansas, Michigan and Wisconsin, all of which are rated by RealClear Politics as toss-ups.

Democrats, meanwhile, are expected to keep Pennsylvania in party hands with Democrat Josh Shapiro, who leads Republican Doug Mastriano in the race to take over for Democratic Gov. Tom Wolf.

Democrats are also all but guaranteed to flip gubernatorial seats in Maryland and Massachusetts as their moderate Republican governors step down.

Even with those Democratic gains, however, Republicans appear better positioned to pad their current lead of 28 governorships versus 22 for Democrats, as once-solid Democratic races suddenly turn competitive.

The Cook Political Report calls the Nevada race a toss-up and puts Michigan and Wisconsin in the “lean Democrat” category. FiveThirtyEight pegs both Nevada and Wisconsin as toss-ups, and gives Ms. Whitmer the “likely Democrat” edge in Michigan.

At the same time, Democratic hopes of unseating a Republican governor are fading. The Democrats’ best bet was Stacey Abrams in Georgia, but she trails GOP Gov. Brian Kemp in all recent polls, including a Monmouth University survey released last week that found her down by 44% to 35%.

“Kemp’s support has clearly solidified in the past month while Abrams has been in a holding pattern,” said Patrick Murray, director of the independent Monmouth University Polling Institute.

Also trending in the wrong direction for Democrats is Arizona. Republican Kari Lake has led Democrat Katie Hobbs in the last half-dozen polls, albeit narrowly, and holds an average lead of 2.8 percentage points, according to RealClear Politics.

One bright spot for the Democrats comes in Oklahoma, where Democrat Joy Hofmeister has run a stronger-than-expected campaign against Republican Gov. Kevin Stitt. Several polls showed her narrowing the gap last month, although an Emerson College poll released Monday found Mr. Stitt ahead 49% to 40%.

In Minnesota, Democratic Gov. Tim Walz is hanging onto a single-digit lead against Republican Scott Jensen, a physician and state senator who has hammered the incumbent on pandemic lockdowns in a state that has not elected a GOP governor since 2006.

New Mexico Gov. Michelle Lujan Grisham is locked in a toss-up race with Republican Mark Ronchetti, a former television meteorologist who has vowed to “go after the criminals, not cops” and grabbed the endorsement of the state’s largest newspaper, the Albuquerque Journal.

At least one Democrat, New York Gov. Kathy Hochul, has changed her strategy, pivoting to crime-fighting as she faces a stronger-than-expected challenge from Republican Rep. Lee Zeldin. The strategy may be working: She led by 54% to 45% in a poll released Tuesday conducted by Emerson College Polling.

“You deserve to feel safe, and as your governor, I won’t stop working until you do,” says Ms. Hochul in a recent television ad.

In Wisconsin, Mr. Evers is neck-and-neck with Republican Tim Michels. In Nevada, Clark County Sheriff Joe Lombardo, a Republican, holds a slim lead in the latest polls over the incumbent Mr. Sisolak.

The races have brought out stars from both parties. Republicans such as Florida Gov. Ron DeSantis have made the rounds, while former President Barack Obama has sought to boost the Democrats’ fortunes by warning at campaign stops that “democracy is at stake in this election.”

“Your vote will make a difference. That’s why Republicans are working so hard to stop you, and that’s why you can’t let them,” Mr. Obama told a crowd Sunday in Milwaukee as he campaigned for Mr. Evers and Senate candidate Mandela Barnes.

Joanna Rodriguez, spokesperson for the Republican Governors Association, said voters in Democrat-led states have been frustrated as they watch states with Republican governors “thrive despite the pandemic recovery.”

“Along with Joe Biden, these governors have failed to address the top concerns for voters in their states while Republican candidates like Christine Drazan, Tim Michels and Joe Lombardo have presented thoughtful, innovative plans to dramatically improve the lives of every resident in their state,” she said. “The contrast couldn’t be clearer and voters in these states are ready for the new direction Republican leadership will bring.”