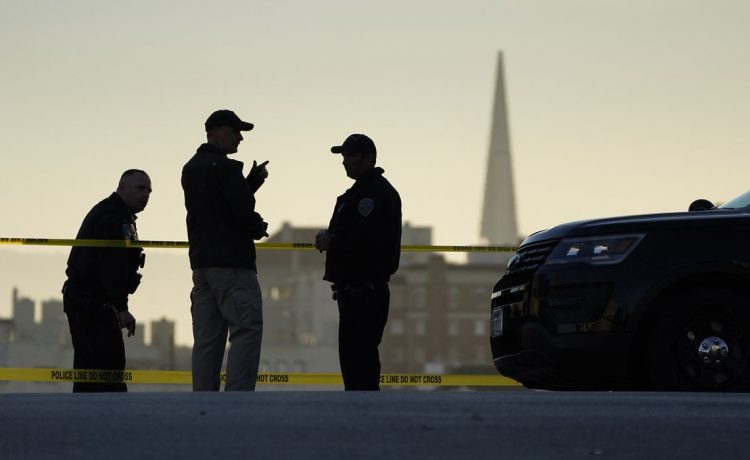 Democrats were quick to blame the GOP for the vicious attack on Paul Pelosi without mentioning the rising tide of violence this year against conservative targets, prompting Republicans to jog the memories of their colleagues across the aisle.

Republican National Committee Chairwoman Ronna McDaniel pushed back Sunday as Democrats and media outlets sought to connect GOP ads vilifying House Speaker Nancy Pelosi to the Friday attack on her husband at their San Francisco home by a hammer-wielding assailant.

Ms. McDaniel pointed out that political violence is a two-way street, citing the June arrest of a man charged with attempting to assassinate Supreme Court Justice Brett M. Kavanaugh and the attack on New York Rep. Lee Zeldin at a July campaign stop in his gubernatorial run.

“I think this is a deranged individual. You can’t say people saying, ‘Let’s fire Pelosi’ or ‘Let’s take back the House’ is saying ‘Go do violence.’ It’s just unfair,” Ms. McDaniel said on “Fox News Sunday.” “And I think we all need to recognize violence is up across the board. Lee Zeldin was attacked. We had an assassination attempt against Brett Kavanaugh.”

Mr. Pelosi, 82, was recovering Sunday after undergoing surgery for a fractured skull sustained in the Friday assault, an incident that quickly became fodder for the midterm election narratives being advanced by both parties.

For Republicans, the attack represented the latest example of out-of-control crime in major Democrat-run cities. For Democrats, the incident was touted as the latest manifestation of the ongoing threat from the right that emerged with the Jan. 6, 2021, Capitol riot.

President Biden referred to reports that the suspect, 42-year-old David Depape of Berkeley, California, repeated the “same chant” of “Where’s Nancy?” used during the riot.

“It’s one thing to condemn the violence, but you can’t condemn the violence unless you condemn those people who continue to argue the election was not real, that it’s being stolen, that all the, all the malarkey that’s being put out there to undermine democracy,” Mr. Biden told reporters Saturday. “The talk has to stop. That’s the problem.”

The U.S. Capitol Police report that threats and concerning statements against lawmakers have more than doubled since 2017, jumping from 3,939 in 2017 to 9,625 in 2021. The agency opened 1,820 cases in the first three months of this year.

Some cases have led to arrests. A Seattle man was charged in July with stalking Rep. Pramila Jayapal, Washington Democrat. A Pennsylvania man pleaded guilty Friday to threatening Rep. Eric Swalwell, California Democrat, and his staff.

“These threats are on the rise, and I have to tell you, we have to draw the straight line between what is happening on the ground, as these threats become centralized and decentralized, from Jan. 6 to spread out across the country,” Mr. Swalwell told MSNBC host Joy Reid.

Ms. Reid said that the “insurrection never went away, it never ended. In fact, it’s as if the attacker in San Francisco was seeking to finish the job of those who attacked the Capitol.”

SEE ALSO: What we know about the nudist activist and conspiracy theorist who attacked Paul Pelosi

Former Democratic presidential candidate Hillary Clinton linked to a story about the Pelosi assault and tweeted that the “Republican Party and its mouthpieces now regularly spread hate and deranged conspiracy theories.”

“It is shocking, but not surprising, that violence is the result,” she said. “As citizens, we must hold them accountable for their words and the actions that follow.”

.@TomEmmer calls out the media for trying to blame Republican rhetoric for the Paul Pelosi attack.

“I never saw anyone after Steve Scalise was shot by a Bernie Sanders supporter trying to equate Democrat rhetoric with those actions. Please don’t do that,” the Minnesota Republican said.

Also omitted from the Democratic narrative was this year’s spike in attacks by pro-choice radicals.

An estimated 87 Catholic churches and 75 pro-life pregnancy centers have been vandalized since May 2, the day the Supreme Court draft opinion overturning the Roe v. Wade national right to abortion was leaked, as shown on the CatholicVote tracker. At least three of the centers were firebombed.

Last month, a North Dakota man was charged with vehicular homicide in the death of 18-year-old Cayler Ellingson after a political dispute. The suspect, 41-year-old Shannon Brandt, told police that the teen was part of a “Republican extremist group,” although police later said there was “no evidence” of that.

“We’ve got to figure out how to bring our country back together where we have a civil conversation and we have no violence. What happened to Paul Pelosi is despicable. It’s unacceptable,” Sen. Rick Scott, Florida Republican and chairman of Senate Republicans’ campaign arm, said on ABC’s “This Week.” “Unfortunately, it’s become a more dangerous place and we’ve got to do everything we can to lower the rhetoric.”

“You can’t look at the entrance of Donald Trump in our political system and the increase and sit here and say there’s not a connection,” said Chuck Todd, host of NBC’s “Meet the Press.”

Not having it was Republican strategist Brad Todd, who made the point that Democrats have spent years demonizing GOP figures such as Mr. McConnell in their ads.

“I don’t think it’s coming from one side of the aisle,” Brad Todd said on “Meet the Press.”

He recalled how Senate Majority Leader Charles E. Schumer stood on the Supreme Court steps in May 2020 and warned Justices Neil Gorsuch and Kavanaugh: “You have released the whirlwind, and you will pay the price.”

“Immediately Democratic left-wing protesters flocked to their neighborhoods and Merrick Garland, the attorney general, has refused to enforce federal law to get them out,” Brad Todd said. “Chuck Schumer has refused to say whether those protesters should leave the neighborhoods. This is happening at both edges of American politics.”

Mr. Biden has ramped up his rhetoric ahead of the Nov. 8 midterm election, accusing “MAGA Republicans” of “political violence” and “semi-fascism” at an August rally. In his September speech at Independence Hall in Philadelphia, he called them a “threat to this country.”

Lara Trump, the former president’s daughter-in-law, said “the response from Biden and all of the mainstream media folks is basically the most predictable part.”

“I’m old enough to remember Joe Biden recently calling half the country semi-fascists, saying we were a threat to democracy,” she said on Fox News. “To all of a sudden jump to this conclusion — very predictable, totally unhelpful, we don’t have all of the information. But for Democrats to jump out there and try and suggest that Republicans, Trump, Jan. 6, any of it, is to blame: of course, ridiculous.”

— Ramsey Touchberry contributed to this article, which is based in part on wire-service reports.