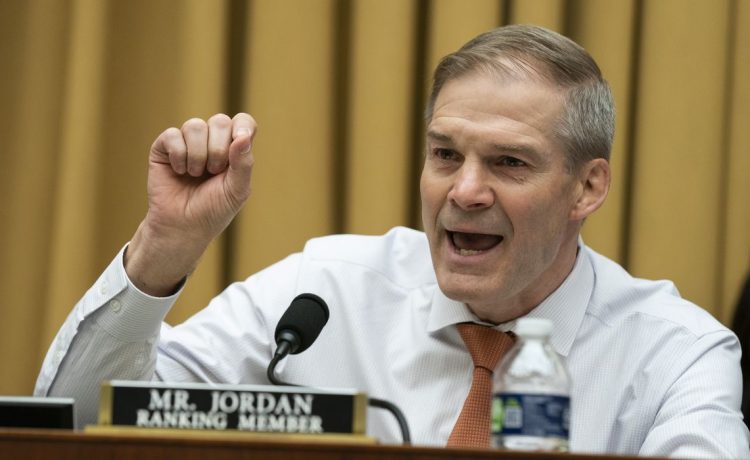 House Oversight and Reform Committee ranking Republican Rep. James Comer of Kentucky and Ohio’s Rep. Jim Jordan, the top Republican on the House Judiciary Committee, pressed Ms. Wall in a letter about NARA’s role ahead of the FBI’s August 8 raid of Mr.  Trump’s home at Mar-a-Lago in search of classified documents.

“Committee Republicans have learned that NARA’s actions initiated the Department of Justice’s (DOJ) criminal investigation against the former president the same day committee Democrats inquired about whether a referral to DOJ had been made,” wrote Mr. Comer and Mr. Jordan.

Mr. Jordan and Mr. Comer, in their letter, cited correspondence between House Democrats and NARA on February 9.  New York Democratic Rep. Carolyn Maloney, who chairs the Oversight panel, wrote to NARA about concerns regarding 15 boxes of presidential records stored at the former president’s home at Mar-a-Lago. Mr. Comer and Mr. Jordan said that, according to the correspondence, Ms. Maloney asked whether the archivist’s office had been in contact with Attorney General Merrick Garland on this matter.

“The same day — February 9, 2022 — a ‘referral’ from NARA was sent to the United States Department of Justice that initiated an investigation into the former president,” the Republicans noted.

“The fact that NARA transmitted to DOJ a referral that launched a criminal investigation of the former president the same day the Democratic chairwoman of the Committee inquired whether the agency had been in contact with DOJ raises serious concerns about whether NARA made the referral after pressure from Committee Democrats.”

The Republicans’ inquiry comes in the wake of the January 6 Select Committee announcing a subpoena of the former president in its final public hearing Thursday.

The Washington Times reached out to the National Archives and Ms. Maloney’s office for comment but did not immediately hear back.

On October 4, Mr. Comer wrote to Ms. Wall expressing his concerns and asking for documents and communications to determine if Democrats have been influencing the agency.

Republicans said that in December 2020, Oversight Committee Democrats wanted NARA to pursue former President Trump while he was in office despite “NARA finding no wrongdoing, and NARA has held at least one secret briefing with Democrats without inviting Republicans.”

Ms. Wall denied NARA’s actions were partisan, noting in a response three days later: “NARA is obligated to respond to special access requests from congressional committees, as represented by the chair. Accordingly, when NARA receives such requests, NARA routinely talks with the chairperson’s committee staff to explain the legal and archival processes that we must follow in order to respond to the request.”