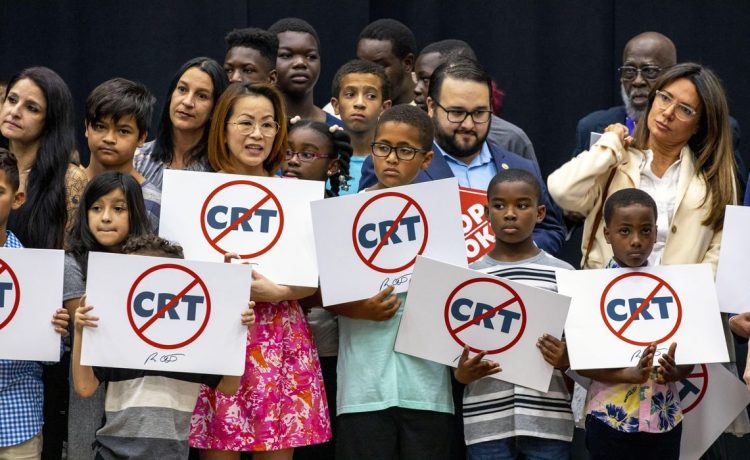 Parental backlash over COVID-19 school closures, mask mandates and curricula laced with critical race theory and LGBTQ issues has kept education at the forefront in the 2022 midterm election, even though it doesn’t always land at the top of the polls.

It’s been nearly a year since Republican Glenn Youngkin seized on parental fury over shuttered schools and “woke’ lesson plans to help him win an improbable victory over Democrat Terry McAuliffe in the Virginia governor’s race.

Ten months later, many parents remain angry about K-12 public education, and it’s factoring into decisions they will make at the ballot box in November.

Joseph Sparks, who sends his six children to Hilliard City Schools in Columbus, Ohio, told The Washington Times that his school district has so far steered clear of the most socially liberal curricula that have alarmed many parents, but he fears they will eventually work its way into his children’s lesson plans.

“It seems like it’s just a matter of time,” Mr. Sparks said.

He’s not thrilled with Senate GOP candidate J.D. Vance, but is leaning toward voting for him over Democrat Tim Ryan in their battleground race because he’s worried about his kids’ education.

“There is absolutely no reason a child should know their teacher’s sexual orientation or proclivity,” Mr. Sparks said. “Schools used to teach kids how to think, engage their curiosity without telling or forcing them to believe one way or the other. Now it’s an attempt to teach them what to think, and anything that deviates from the proscribed doctrine is to be attacked.”

Mr. Vance is a vocal opponent of critical race theory and doesn’t believe teachers should be spending time discussing sexual identity in the classroom. He attacked Attorney General Merrick Garland earlier this year after Mr. Garland issued a memo in 2021 asking federal law enforcement to investigate threats against school board members by angry parents who showed up at meetings to protest.

It’s straight out of the playbook of Mr. Youngkin, who harnessed that frustration to help propel him to victory in 2021.

In other key races across the country, Republicans are hoping to replicate Mr. Youngkin’s winning strategy by aiming their own campaign messaging at frustrated parents.

In Michigan, where incumbent Democrat Gretchen Whitmer leads Republican opponent Tudor Dixon by double digits in the governor’s race, the GOP is hoping parental rights in education will give Mrs. Dixon an edge.

“She’s a mom on a mission to put parents back in charge,” said Fred Wszolek, a Republican strategist who has raised money for the Dixon campaign.

Mr. Wszolek said frustration over K-12 education in Michigan was catalyzed by the COVID pandemic, when parents got a close-up look at what their children were learning as extended shutdowns relegated students to zoom classes at home.

“People kind of feared that schools were getting worse, that maybe their kids aren’t doing as well as they thought,” Mr. Wszolek said. “And then they watched it in real time. They were the superintendent of their own little public school. And if they didn’t like it.”

National polls typically do not rank education as a top issue. Instead, inflation and other economic concerns top the list.

But some surveys have sent warning signs to Democrats that the GOP has struck a chord with an important segment of voters by touting parental rights and a traditional education platform.

A poll of registered voters taken in May by Hart Research Associates on behalf of the American Federation of Teachers found that 56% of respondents would be more likely to vote for a GOP candidate who believes schools should focus less on teaching about race and racism and more on core subjects, and that parents should have more say in their children’s education.

In the same survey, 54% of registered voters said they would be more likely to back a GOP candidate who supports legislation prohibiting schools from teaching LGBTQ issues in grades kindergarten through fourth grade.

The same legislation was signed into law earlier this year by Florida Republican Gov. Ron DeSantis, whose “anti-woke” agenda and rejection of COVID lockdowns and mandates has helped keep him seven points ahead of Democratic opponent Charlie Crist in his bid to win a second term. It has also elevated his profile as a potential presidential candidate in 2024.

“We started a movement to empower parents,” Mr. Youngkin said in a new campaign ad for Jen Kiggans, a Republican running to defeat incumbent Democrat Elaine Luria in a toss-up race for Virginia’s 2nd District House seat. “Now we can keep that going.”