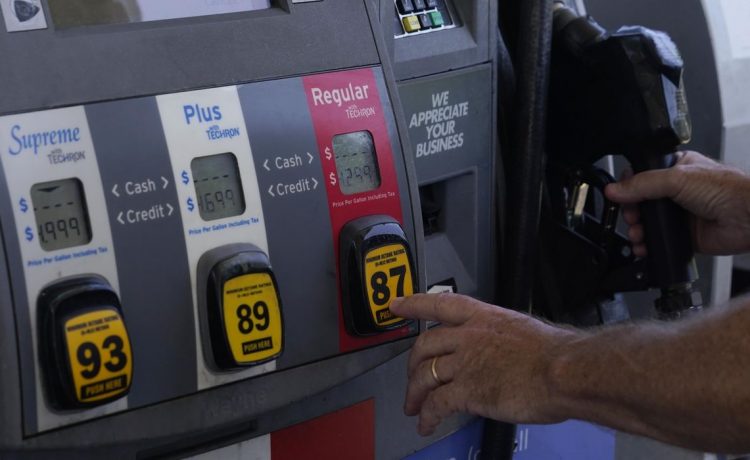 A survey from a leading retail trade group finds that inflation is making it harder for middle-class households to cover their expenses as the winter holidays loom.

The National Retail Federation reported Thursday that 65% of upper-middle-class households making more than $100,000 a year say they are dipping into their savings to cover rising prices. Another 33% are taking on higher credit-card debt, and 34% are taking out loans.

According to NRF’s analysis of U.S. Census data, households making more than $75,000 a year were twice as likely in August as the year before to report difficulty covering their costs.

“The economic situation in the United States is unsettling,” NRF Chief Economist Jack Kleinhenz said in a statement. “Consumer confidence is down, consumer spending’s rate of growth has slowed, and economists and consumers alike are worried about the possibility of a recession, all reflecting persistently high inflation and rising interest rates.”

Conducted Sept. 23-27, the survey found lower-income households struggling the most. Mr. Kleinhenz cited rising prices of gas, autos and dining out for driving much of the pain.

Nevertheless, 62% of the 2,000 consumers surveyed said it’s important for them to spend money on holiday gifts and celebrations, even if it means cutting back on other expenses.

At least 40% of respondents reported switching to cheaper alternatives, looking for discounts more often, shopping at discount stores and buying different brands. And 59% said they were dining at home more often.

The NRF also reported that consumers are more inclined to shop early for the holidays this year, perceiving that retailers have moved up their holiday deals.

The survey found that 75% of consumers said it’s better for them financially to make holiday purchases now. By comparison, just 25% said it’s better to wait because “the best deals come later in the year.”

According to the most recent federal data, consumer spending growth is barely outpacing inflation as the holidays approach.

The Census Bureau reports that overall retail sales rose by 9.1% year over year in August — only slightly above the 8.6% increase in inflation calculated for those sectors by the Bureau of Economic Analysis.

According to the NRF’s chief economist, a coming recession “will likely be mild” as Americans find ways to keep spending during the holidays.

“Just because people are saving more and looking for deals doesn’t mean they aren’t spending more,” Mr. Kleinhenz said in an email. “Consumers have a surplus of savings built up during the pandemic that’s available to be spent even as they set aside more of their paychecks, and getting a deal simply means they’re getting more for their money.”