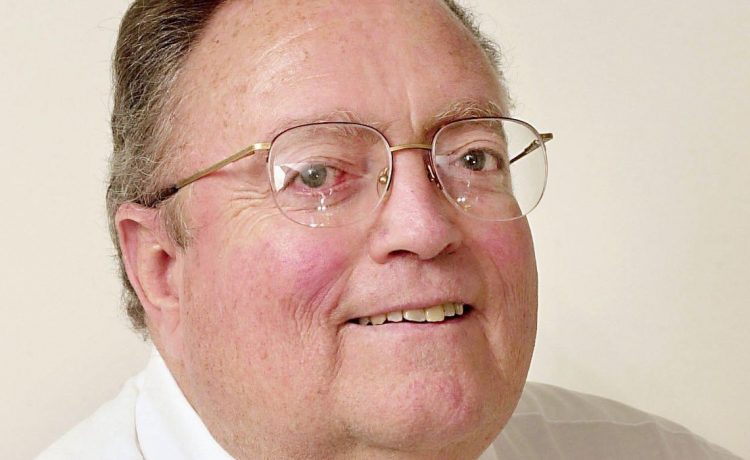 Jerry Seper’s journey to journalism was winding, and the targets of his reporting — from President Bill Clinton to D.C. Mayor Marion Barry — probably wished he had stayed a cop.

Before becoming The Washington Times’ lead investigative reporter and the scourge of Washington’s elite, he served in the U.S. Navy in Vietnam, worked the streets of Los Angeles County as a beat cop, wrote about grapes and wine for California’s vineyard industry, and covered organized crime as a reporter in Arizona.

Once in Washington, he took the cop’s interrogation tactics, the crime reporter’s nose for news and the Navy veteran’s toughness, harnessed them to a righteous passion, and unleashed it on a city ripe for a good scouring.

Mr. Seper died last week at age 79 in his home in Alabama, having quietly amassed a towering legacy that surpassed his awards and accolades, and was best told in the praise of colleagues.

“Truly the last of the Mohicans. Jerry was one of the best reporters I ever worked with,” said Charles Hurt, opinion editor at The Times. “He knew everything. But more important, he was totally fearless and skeptical of everything. If you did something wrong, you did not want to look up and see Jerry Seper nosing around because he always got to the bottom of every story. And he never went along with the rest of the pack and never cared what anybody else thought about his reporting.

Mr. Seper joined The Times several years after its founding in 1982 and bought the still-fledgling operation major credibility.

He dogged the city’s biggest figures, and his fingerprints were on the paper’s major scoops.

It was Mr. Seper who first told the country that key records had been spirited out of the office of Vince Foster, a top aide to Mr. Clinton, after Foster’s shocking suicide. Weeks after that report, Sen. Daniel Patrick Moynihan of New York became the first major Democrat to call for a special prosecutor to investigate Mr. Clinton and first lady Hillary Clinton. That would become the Ken Starr probe that eventually led to the second-ever impeachment and trial of a president.

Mr. Seper also was present when the FBI ran a sting operation to nab then-Mayor Barry, smoking crack cocaine. Agents tried to disguise Barry as they escorted him out of the Vista International Hotel.

“Mr. Mayor, is that you under that hat?” Mr. Seper shouted.

“Jerry’s work left an indelible mark on Washington journalism,” said Michael Hedges, Mr. Seper’s longtime colleague at The Times. “When the D.C. City Paper named us ‘Washington’s Best Investigative Reporters’ — I was along for the ride — its story opened with the line ‘While the Washington Post slept…’ True enough. Jerry woke up the city to corruption in the Marion Barry administration, and in doing so had a lasting impact on D.C. government.”

Mr. Seper and Mr. Hedges also broke news of a male prostitution ring whose nexus touched on the Reagan and Bush White Houses. That story eventually led to a report that a paramour of then-Rep. Barney Frank, one of the first openly gay members of Congress, had taken on clients in Mr. Frank’s Washington home.

Mr. Seper’s work earned him prestigious awards, including the Barnet Nover Memorial Award for investigative reporting, based on his work on Mr. Clinton. He accepted the award at the White House Correspondents Association’s annual dinner where the presenter, by tradition, was the president himself.

“Awkward meeting this way,” Mr. Seper would recall telling Mr. Clinton as they gripped hands. Mrs. Clinton turned her back on the interaction.

Just before the handshake, the Times photographer who had been assigned to photograph the interaction pleaded with Mr. Seper to buy him enough time to make sure he got the shot. Mr. Seper held onto Mr. Clinton’s hand to make sure the president stayed in place.

Most who came in contact with Mr. Seper walked away with stories.

Newsroom colleagues would hear a “thwack-thwack-thwack” coming from his cubicle and look up to see him bashing his telephone handset on his desk — with a caller still on the line.

One time it was a public official who was refusing to divulge something Mr. Seper figured the public had a right to know.

“That information is mine. You work for me,” he thundered at the functionary.

Another time it was a reader who had called to scold over a detail in a story that Mr. Seper was quite certain he had gotten correct.

Once Mr. Seper was done pounding the handset to get attention, he delivered the coup de grace to the unfortunate caller: “Sir, somewhere a village is missing its idiot.”

Like many newsroom greats, Mr. Seper believed experience was more important training than a journalism degree.

During the Vietnam war, he was assigned to the patrol boats that policed the Mekong Delta to interdict Viet Cong smuggling, rescue downed pilots or insert American special forces into disputed territory.

After the Navy, he spent time as a beat cop in a city in Los Angeles County, eventually deciding police work wasn’t for him. But some of those investigative tactics stayed with him as he joined the ranks of the press, working in Tucson, Arizona, Fresno, California, then back to Arizona, where he landed at Phoenix’s major daily, The Republic.

Mr. Seper joined the paper to fill the shoes of Don Bolles, an investigative reporter who was assassinated outside a Phoenix hotel in 1976 while probing mob activities and government corruption.

Phoenix is also where he met his second wife, Myrna, who was a spokeswoman for the sheriff’s office. He put on a full-court press to win her attention, launching a partnership that lasted until her death in 2016.

When Mr. Seper sought to join The Times in the 1980s, an editor asked why he wanted to come to Washington. He said he was ready to go up against the big guns of the national media.

“He once offered to slit the tires of someone who had done me wrong. I think he meant it,” wrote Audrey Hudson, a former Times reporter.

John Leach, a colleague from Mr. Seper’s Arizona days, wrote: “He told me once that a personality test said he should be either a newspaper reporter or a high school coach. It was spot-on. He used to take a break from a stressful day at work by drawing up football plays on the I-team’s whiteboard.”

GiAnn Seper, his daughter, said neighborhood kids would come to their home and knock on the door and ask if “Coach Seper” could come out to play with them.

GiAnn, one of three children along with Michael and Jerry Jr., recalled how their father would wear a Pop Warner football shirt underneath his work clothes, and would come home and unbutton the work shirt. That was the signal that star reporter Clark Kent had turned into Dad.

“When we were little we used to think our dad really was superman,” she said. “I just feel like I lost my hero.”

Mr. Seper himself played football and baseball in high school, and even talked to the Dodgers who, as he told it, said his glove was pretty good but his bat lagged a little too much to make it in the pros.

He reveled in one football story in which he brought down future Heisman Trophy winner running back Mike Garrett in what a local newspaper billed as a “shoestring” tackle. In fact, Mr. Seper admitted, he was completely beat and had made a desperation dive. He never laid a finger on the running back, who tripped on his own feet.

In his later years, Mr. Seper was a devoted fisherman, scheduling vacations and even making his retirement plans in Alabama with an eye to the best fishing.

At The Times, Mr. Seper’s desk was tucked at the back, about as far from the editors as could be. That was no accident. He considered editors the enemy.

After a shouting match with one editor, Mr. Seper stormed out of his office, slamming the man’s door so hard it jammed shut. While a maintenance worker was summoned to pry it open, the editor could be seen through the glass window prowling inside the room, yelling unheard curses at Mr. Seper.

For years, Mr. Seper would gleefully re-enact the scene for younger reporters.

Another time, Mr. Seper, a physically imposing man, slammed an editor’s door open so hard the knob poked a hole in the wall, recalled Ken Hanner, a longtime editor.

“I appreciated his hard work that resulted in numerous big exclusive stories over the years,” Mr. Hanner said. “I also had to bear his wrath when one of his stories was trimmed or wasn’t placed on page one. But to me, his temper showed how much he cared about doing his job and getting a good story.”

Mr. Hanner recalled that Mr. Seper was always sprucing up his resume, just in case the paper’s leadership pushed him over the edge one time too many.

Reporters who met Mr. Seper always had a story that stuck with them.

Sometimes it was a piece of advice or a reporting technique. He kept a massive file of sources and contacts, and made sure to jot down any personal tidbits that came up during a conversation. Sources would melt when Mr. Seper asked how their daughter did at the soccer tournament.

He could also use more compelling tactics, honed from his days as a cop. If he wanted to shake up a source he was meeting in person, he used his considerable frame to invade their space, knocking them off kilter and getting them to spill the beans on something they had never intended to share.

Mr. Hedges said that when they were working on a big story, they would be the last people to leave the newsroom.

And sometimes, after the editors had finalized a story, Mr. Hedges recalled he and Mr. Seper would stroll back to the paste-up room where the typesetters were laying out the pages by hand. Mr. Seper would ask for a quick edit before the story went to the printers, fixing one last word or inserting a key detail he felt readers needed to know.

“We never went home if there was a chance to improve a story,” Mr. Hedges said.

He said that was the secret to Mr. Seper’s success: “It’s not smoke and mirrors and tricks, it’s outworking other people.”