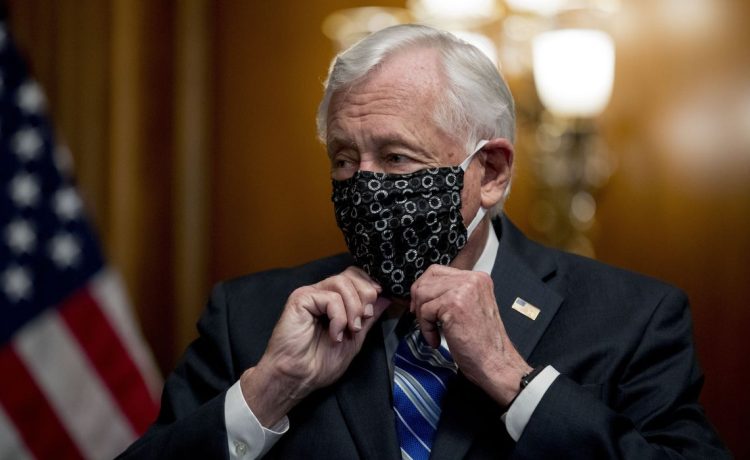 Sen. Roy Blunt, Missouri Republican, is hailing a fellow vote-counter and friendly rival, Rep. Steny H. Hoyer of Maryland, as a “giant” on Capitol Hill after the longtime Democratic No. 2 said he will not seek a leadership position in the new Congress.

Mr. Blunt, who is retiring, said he and Mr. Hoyer vied with each other as Republican and Democratic whips in the House for nearly 10 years.

“We often didn’t vote the same way, but when something had to get done we almost always did vote the same way,” Mr. Blunt said. “Steny has always understood that doing the best you can is a good thing. Democracy is best defined by advocating for what you believe and finding the place where compromise moves the country forward. No one understands that better than Congressman Steny Hoyer.”

Mr. Hoyer decided to step aside from party leadership after serving as House Speaker Nancy Pelosi’s top deputy since 2003. He had been considered her heir apparent, but Mrs. Pelosi remained in the top spot for nearly two decades.

Mr. Hoyer and Mrs. Pelosi will remain in Congress, but they are giving way to a new generation of leaders, with Rep. Hakeem Jeffries of New York poised to take over the top spot in the Democratic caucus.