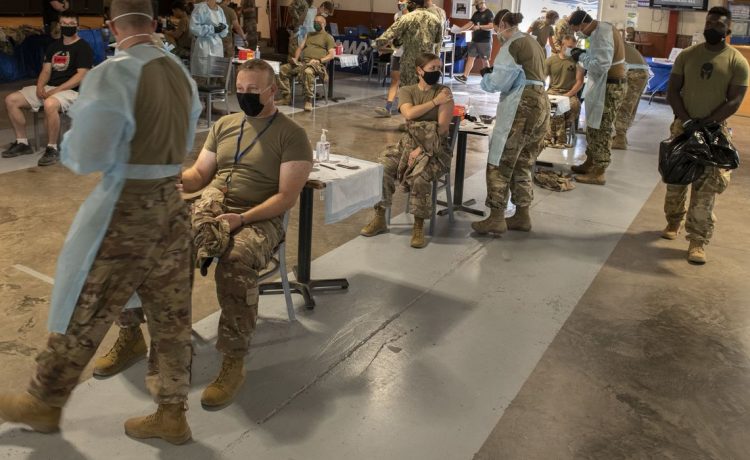 A soldier who spent 25 years in uniform said the Army turned down his normal end-of-tour retirement award because he opted against taking the mandatory COVID-19 vaccine.

Sgt. First Class Eric Diggs told WTVD, a Fayetteville, North Carolina, TV station, that he felt a quarter of a century was enough time in the military.

“I was like, ‘OK. I’m going to get out (and) let some other young soldiers move on progressing their military career,” Sgt. Diggs said.

He requested an exemption to the Pentagon’s mandatory vaccine policy because he was about to retire and was going to begin using up his accumulated time off, known as terminal leave. He said the Army approved his request.

Sgt. Diggs said he later learned that his military retirement award was denied because he wasn’t vaccinated.

“I did what my country asked me to do,” he told the TV station. “It’s kind of a little slap in the face.”

Army officials told WTVD that they were investigating Sgt. Diggs’ claims that his vaccination exemption request was approved and then denied.

“It’s not really so much about the awards,” Sgt. Diggs said. “It’s just how things are handled through to veterans.”