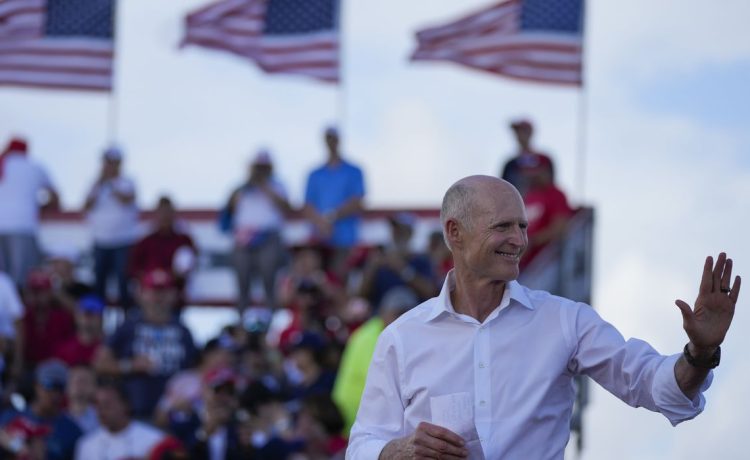 Sen. Rick Scott blasted his fellow Republican colleagues Sunday for costing them the majority, accusing GOP leaders of caving to Democrats by voting for bipartisan legislation.

The Florida Republican, who is head of the Senate Republicans’ campaign arm, sided with some of his colleagues who have called for next week’s internal leadership elections to be postponed amid questions about whether Minority Leader Mitch McConnell should be ousted.

“The leadership in the Republican Senate says, ‘No, you cannot have a plan. We’re just going to run against how bad the Democrats are.’ Actually, they cave in to the Democrats,” Mr. Scott told Fox Business’ Maria Bartiromo. “They want to rush through an election because they don’t want to do any assessment of what we’ve done wrong. Insanity is doing the exact same thing and thinking you’re going to get a different result. We won’t.”

Several other prominent Senate Republicans — including Marco Rubio of Florida, Josh Hawley of Missouri and Ted Cruz of Texas — have also said leadership elections need to be delayed.

Mr. Scott would not rule out a run of his own to replace Mr. McConnell, Kentucky Republican, as minority leader.

SEE ALSO: Watch your back Kevin: The knives are out for McCarthy

“I’m not going to take anything off the table,” he said of becoming GOP leader.

“Here’s what Mitch McConnell said when I put out my plan, he said we’re not going to have a plan. We’re just going to talk about how bad the Democrats are. We can’t do that. We got to say what our ideas are and let’s fight over those ideas and let’s act like a caucus,” Mr. Scott said. “We’ve got to start coming together as a caucus — not vote with the Democrats.”