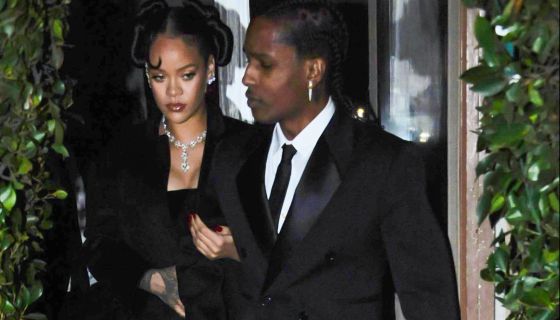 Rihanna and ASAP Rocky were one of the best dressed couples at the Golden Globes on Tuesday night, keeping it classic with a sophisticated black and white color palette. 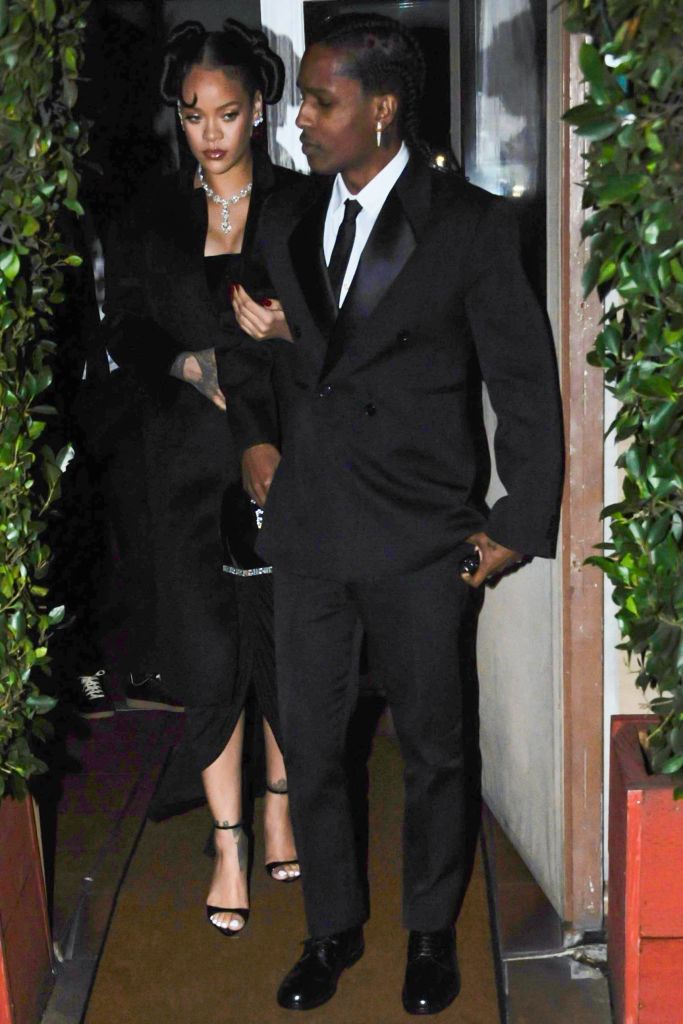 The new mom and dad made it out for date night this week to celebrate Rih being nominated for Best Original Song for her Black Panther: Wakanda Forever single, “Lift Me Up.” While the Super Bowl Halftime Show performer didn’t end up taking home the Golden Globe, her and Rocky still deserve to win an award for their fashionable show.

Rihanna wore a custom Schiaparelli look designed by Daniel Roseberry: Ahe velvety, black strapless gown with an oversized cape detail at the back and a sweeping train. To accessorize, the makeup mogul wore some stunning Cartier earrings and 18-karat white gold and diamond choker.

For ASAP Rocky’s part, he donned a traditional black tuxedo with satin lapels, completing the look with a white button-up shirt and slim black tie. He also wore a pair of diamond earrings that perfectly complemented his girl’s jewelry.

If you were watching the awards show at home, you might have missed Rih & Rocky’s appearance altogether, as  the red carpet came and went with no sign of the couple. But, the pair simply opted to skip the fanfare of the carpet and head right into the auditorium, taking their seats and enjoying the show.

A video on Twitter showed the singer arriving to the event with her boyfriend as Jennifer Coolidge presented an award on stage. Unfortunately, just a few minutes later, she would lose the Golden Globe to Kala Bhairava, M. M. Keeravani, and Rahul Sipligunj, who won for their song, “Naatu Naatu” from the film RRR.

Once seated, Rihanna was seen chatting with Wakanda Forever director, Ryan Coogler. She also got called out twice in just a few minutes by those presenting on stage.

While on the mic, Niecy Nash let Rihanna know that she dressed up like her for Halloween, while host Jerrod Carmichael decided to say something “controversial” to Rihanna.

“You take all the time you want on that album, girl,” he told the songstress. “Don’t let these fools on the Internet pressure you into nothing.”

Considering the 7-year hiatus from music, it’s safe to say Rihanna wasn’t letting that pressure get to her.