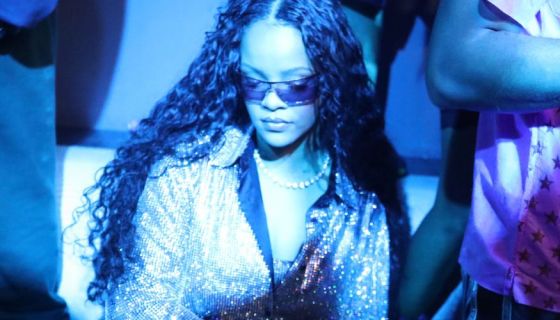 Rihanna isn’t just performing at the Super Bowl Halftime Show, she’s keeping the rest of us cute for the big game. 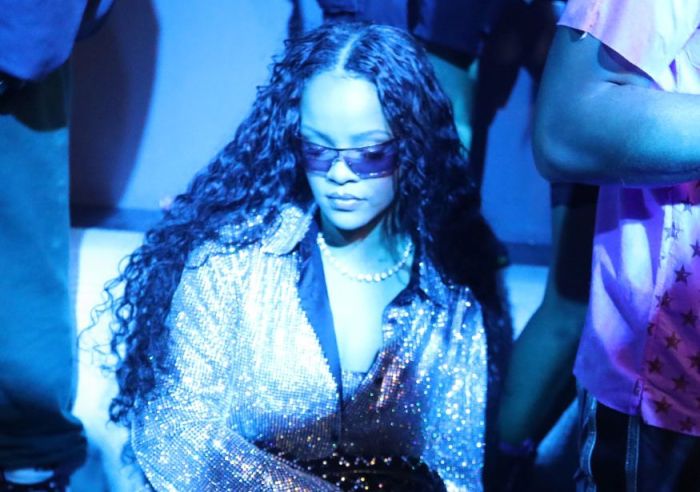 In preparation for what might be the biggest performance of her career, Rihanna has released a new Savage X Fenty collection for the big day.

The Savage X Fenty Game Day collection is available on the brand’s website now, but, unsurprisingly, items are selling out fast. The surprise collection includes Rih’s version of jerseys, hoodies, and beanies, which are all perfect to wear when you head out to your local Super Bowl viewing party.

The piece getting  the most attention, though, is a T-shirt that reads, “Rihanna concert interrupted by a football game, weird but whatever.” On the inside of the shirt is a photo of Rihanna herself in a football helmet, which fans can flip up and wear over their head, as demonstrated on the website.

Savage X Fenty teased the new collection on Instagram over the weekend, joking once again about there being some football game happening around Rih’s performance, writing, “A @badgalriri concert during a football game? Say less.”

The limited-edition 17-piece collection comes five weeks ahead of Rihanna’s Super Bowl Halftime Show. Prices range from $32.95-$112.95 for non-VIP members ($24.95 and up for VIP members) and sizes include XXS to 4X.

According to reports from WWD, Rih will also launch a three-day “Game Day” pop-up shop in Los Angeles from Jan. 27-29 where customers will be able to shop the entire collection in a football-themed store.

Leading up to the big game, the new mom is keeping details of her halftime show under wraps. She told ET in November: “I can’t believe I even said yes. It was one of those things that even when I announced it, I was like, ‘OK, I can’t take it back. Now, it’s like final.’”

She continued, “The Super Bowl is one of the biggest stages in the world, it’s an entertainer’s dream to be on a stage like that,” she added. “But it’s nerve-racking. You want to get it right. You know, everybody’s watching. And they’re rooting for you. And I want to get it right.”