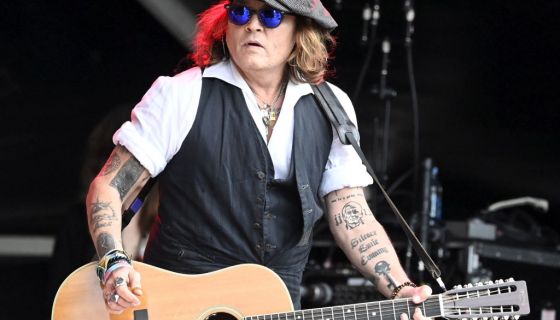 TMZ’s sources say Rih and her team invited Johnny to be a part of it, and both sides were really excited to make this happen. Johnny has supposedly already filmed his part, and it will be included in the show’s premiere on Amazon Prime Video on November 9.

When this news broke on Twitter, reviews were…mixed, to say the least.

While Depp ended up winning a substantial verdict in his case against his ex-wife Amber Heard, many still view the actor as controversial, blaming brainwashed fans on TikTok for inappropriately influencing the trial.  Plus, while the Pirates of the Caribbean actor “won” the case, he still admitted to many problematic behaviors throughout the trial, and a lot of abuse victims have since sided with Heard.

There’s no way Rihanna and her team thought this decision would go down without backlash, but even so, they might not have anticipated fans being this mad. Let’s see if they make any changes to those plans before Vol. 4 drops next week.