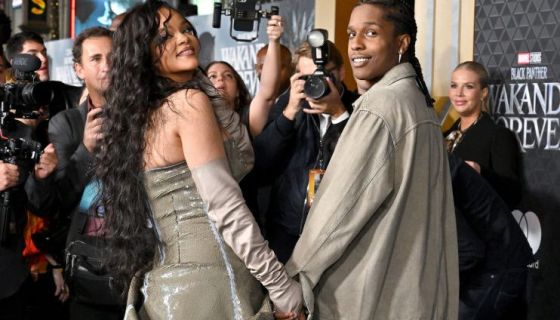 Rihanna and A$AP Rocky still haven’t revealed the name of their first child, but they’ve finally shared the first look at the adorable 6-month-old. 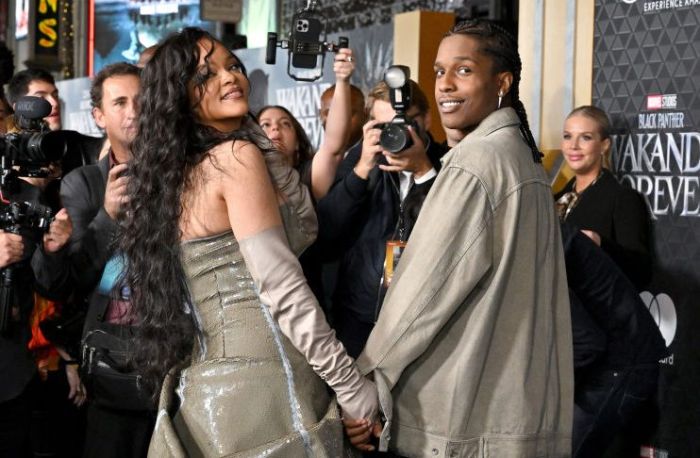 The first photos of Rih & Rocky’s little bundle of joy come to us courtesy of Hollywood Unlocked, who shared a carousel of pictures of the baby on Saturday morning.

The first snap shows the pair’s son in a white onesie, sucking on a matching pacifier as he stares straight into the camera. The next flick is a look at some father-son time, with Rocky holding up his boy wearing only a diaper and a floral scarf on top of his head.

The last picture is another of A$AP and his first child,  but this time, they’re dressed more extravagantly–just as you’d expect from such a high-profile couple. The little one is wearing what seem to be Chrome Hearts leather shorts along with a textured long sleeve top as dad holds him up and smiles from behind.

Luckily for fans, that’s not the only look we got at Baby Fenty today! After HU posted their photos to Instagram, Rihanna took to TikTok to share a video of the little one taking a ride in the backseat of their car.

The absolutely adorable clip sees the 6-month-old flashing a huge smile at the camera, proving just how much he looks like his mama. The video proceeds to show the baby boy cooing and trying to grab the camera, which is why Rih captioned the video, “hacked” as if he was the one to post the clip.