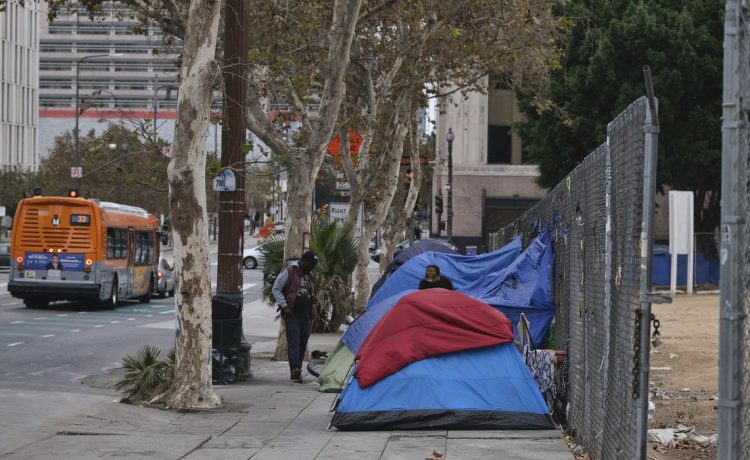 Rising costs for rent and food are pushing some Americans toward homelessness and making it harder for social services to help keep them off the streets, advocates for the homeless say.

Advocates are citing a 2020 Government Accountability Office study that found that rent increases of $100 a month were associated with a 9% increase in homelessness. For those relying solely on a monthly $1,150 Social Security disability check, a $100 increase in rent can be devastating, they say.

“Social Security just isn’t keeping up with inflation,” said J.C. Orton, coordinator of Night on the Streets Catholic Worker in Berkeley, California. “What used to seem like a reasonable amount of money is not today.”

In Washington, D.C., Dan Kerns, executive director of the Father McKenna Center, said his social services charity has reached capacity, with 1,000 people seeking groceries amid a spike in food insecurity.

Donations have held steady, but the food pantry’s meat costs are up 10%-15% and the average number of daily visitors is up 30% over the past two months, Mr. Kerns said.

“Our guests suffer the impact of inflation like everyone else, but in a different way. The thought of getting housing is becoming more and more remote,” he said. “The number of asylum-seeking migrants coming up on buses from border states is also putting greater pressure on already taxed facilities.”

Record-high rents and a historic housing shortage have made it nearly impossible for the homeless to find single-occupancy apartments in many cities, according to the National Alliance to End Homelessness.

The nonprofit advocacy group says older adults are at the highest risk of homelessness due to a combination of fixed incomes, climbing rents and higher food prices.

The Associated Press this month reported that homelessness increased by 70% in some cities over the past two years, with tent encampments becoming more common in busy public areas.

“Inflation makes it more expensive to help the homeless, makes people who are economically vulnerable more likely to become homeless than before and reduces a city’s resources for addressing the crisis,” said economist Wayne Winegarden, a senior fellow at the Pacific Research Institute in California.