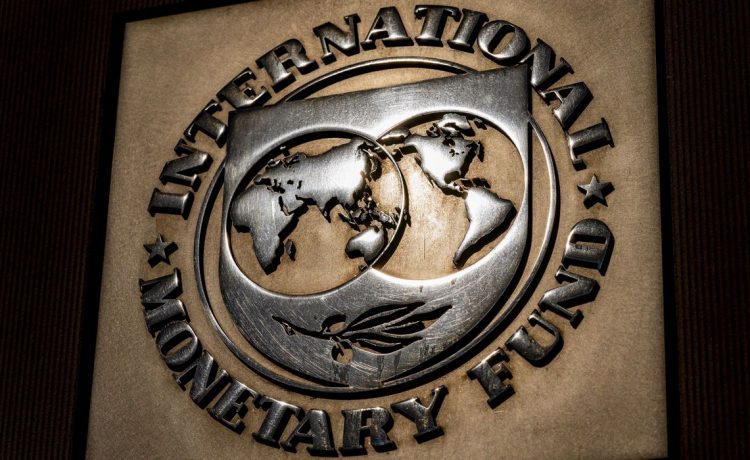 The International Monetary Fund lowered its economic forecast again for 2023, saying countries making up one-third of the world’s economy will see at least two quarters of contraction this year or next as Russia’s invasion of Ukraine disrupts global markets.

Kristalina Georgieva, managing director of the IMF, told an audience at Georgetown University on Thursday that “things are more likely to get worse before it gets better,” saying Moscow’s invasion that began in February has dramatically changed the IMF’s outlook.

“The risks of recession are rising,” she said. The U.S. economy already has contracted for two straight quarters, which is part of the informal definition of a recession, although economists say hiring has been generally strong this year.

The stark economic outlook by the IMF comes less than a month before the midterm elections, with the Biden administration and Democrats saddled with voters’ anger over inflation that is running near a four-decade high.

American workers have effectively endured the biggest pay cut in a quarter century, according to data released this week by the Federal Reserve.

“We find that a majority of employed workers’ real (inflation-adjusted) wages have failed to keep up with inflation in the past year,” said researchers at the Federal Reserve Bank in Dallas. “For these workers, the median decline in real wages is a little more than 8.5%. Taken together, these outcomes appear to be the most severe faced by employed workers over the past 25 years.”

SEE ALSO: White House doubles down on calls for Big Oil to reduce profits as Democrats fret over OPEC cuts

U.S. households were already facing a tougher time making ends meet this summer as the average price of gasoline topped a record $5 per gallon. Gas prices have risen again by about 20 cents from their mid-September lows, even before OPEC+ countries decided this week to cut oil production by 2 million barrels per day, a move that is expected to raise prices at the pump even more.

President Biden, on his way to New York and New Jersey Thursday for high-dollar Democratic fundraisers, called the OPEC decision “a disappointment.”

Republicans on the House Ways and Means Committee said there is “little optimism for a good jobs report” on Friday, when the Labor Department will release payroll numbers for September. They noted that more than 90% of CEOs surveyed by CNBC believe there will be a recession in the next year, and just a third of corporate chiefs believe it will be a “short” or “mild” recession.

“With a majority of workers stressed about their finances amid rising prices, more than 20% report they’ve tapped into emergency savings to pay their bills, while another 20% report working extra hours,” the committee Republicans said in a statement.

Ms. Georgieva said the IMF downgraded its global growth projections three times already. It now expects growth of 3.2% for 2022 and 2.9% for 2023.

“And, even when growth is positive, it will feel like a recession because of shrinking real incomes and rising prices,” she said.

The bleak projections come as central banks around the world raise interest rates in hopes of taming rising inflation. The Fed has been the most aggressive in using interest rate hikes as an inflation-cooling tool, though central banks from Asia to England have begun to raise rates as well.

Chicago Federal Reserve Bank President Charles Evans said Thursday the U.S. central bank’s policy rate is likely headed to 4.5%-4.75% by spring of 2023 as the Fed increases borrowing costs to bring down too-high inflation. The rate is currently at a 3.0%-3.25% target, after the central bank raised it 0.75 points in September.

“We have further to go” on rate hikes, Mr. Evans said at an annual meeting of the Illinois Chamber in Chicago. “Inflation is high right now and we need a more restrictive setting of monetary policy.”

Ms. Georgieva said “tightening monetary policy too much and too fast – and doing so in a synchronized manner across countries – could push many economies into prolonged recession.”

“We are experiencing a fundamental shift in the global economy, from a world of relative predictability … to a world with more fragility – greater uncertainty, higher economic volatility, geopolitical confrontations, and more frequent and devastating natural disasters,” she said.

Many countries are already seeing major effects of the invasion of Ukraine on their economies, and the IMF’s grim projections are in line with other forecasts for declines in growth.

The Organization for Economic Cooperation and Development last week said the global economy is set to lose $2.8 trillion in output in 2023 because of the war.