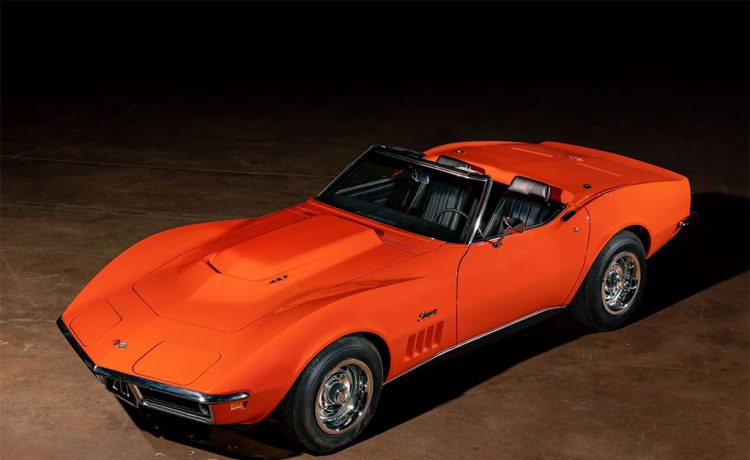 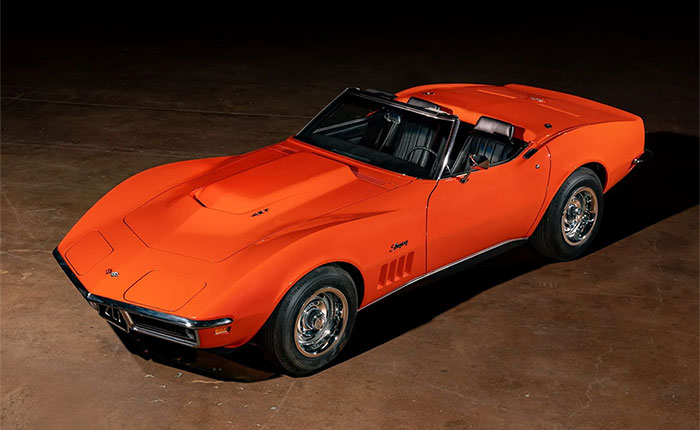 RM Sotheby’s is dubbing this 1969 Corvette ZL-1 convertible soon to be on the auction block as the “Holy Grail.”

In this case, it’s definitely not an overstatement.

Only two Stingrays were built in 1969 with the ZL-1 option that added $4,718.35 and featured an all-aluminum 427 V8 engine with required L88 options K66 (Transistor Ignition System), F41 (Special Front and Rear Suspension), J56 (Special Heavy Duty Brakes), and G81 (Positraction Rear Axle). Since this was designed to be a race car, radio, heater, power windows, power steering, air conditioning, and not even a fan shroud (to prevent interruption of airflow) were not available with the ZL-1. 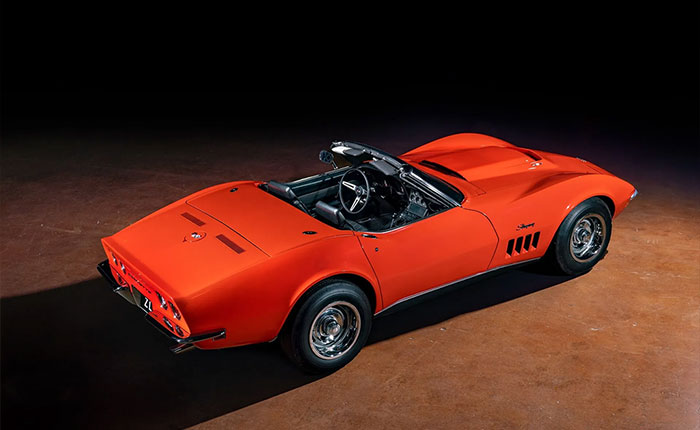 This ZL-1 – which has been Bloomington Gold Certified – includes a factory-correct, date-coded ZL-1 engine (a replacement for the original blown engine) and underwent an accurate, award-winning restoration in 2014 by Kevin Mackay of Corvette Repair, Inc. 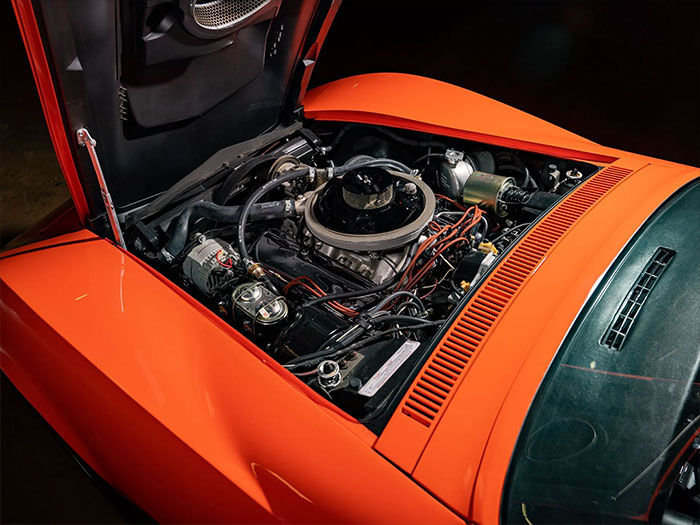 Included with the sale will be extensive authentic General Motors documentation as well as documents from the original owner, including the original tank sticker, sales invoice, and history imagery.

GM documents on file verify that only two so-equipped cars were produced at the St. Louis assembly plant and delivered through their dealer network. The 1969 RPO ZL-1 was strictly developed as an FIA/NHRA homologation experiment and, in practice, never truly intended for sale to the public.

And yet, on the chilly afternoon of Dec. 30, 1968, John W. Maher of Leechburg, Pennsylvania arrived at Harold Breman’s West Penn Garage, tossed the keys to his trade-in (a 1968 L88 Corvette Convertible), and finished up the purchase paperwork for chassis 194679S710209, the first of these two factory-documented ZL-1 Corvettes. It is the only ZL-1 Convertible built, and—thanks to Maher’s influential friends—the only such Corvette ever sold new to a retail customer. 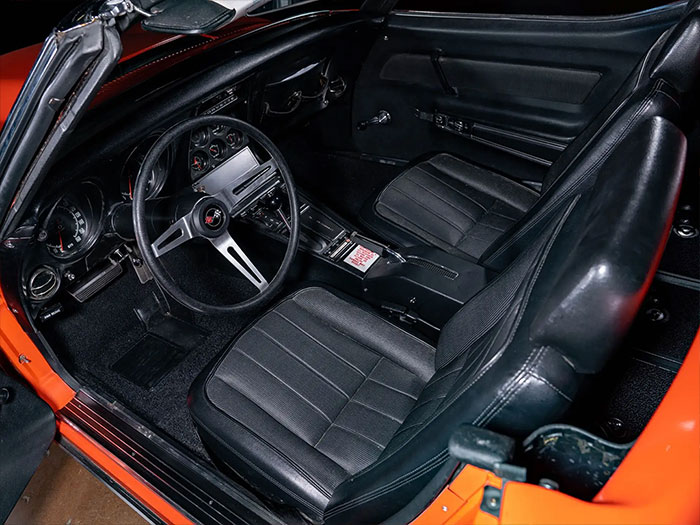 Besides an all-aluminum block, the ZL-1 – the most powerful engine ever created by GM up to that point – featured stronger connecting rods, a redesigned crankshaft, pistons, larger exhaust valves, a high-lift camshaft, and an upgraded “open chamber” aluminum cylinder-head design with four additional head bolts. That open chamber head design wasn’t finalized until March 1969 so the pre-production version in this car retains “closed chamber” aluminum heads.

During the summer of 1968, Maher’s close friend Don Yenko had told him about an experimental, all-aluminum racing engine for the 1969 Corvette that would be available with the M40 automatic transmission, perfect for Maher’s clutch dumps and full-throttle launches. 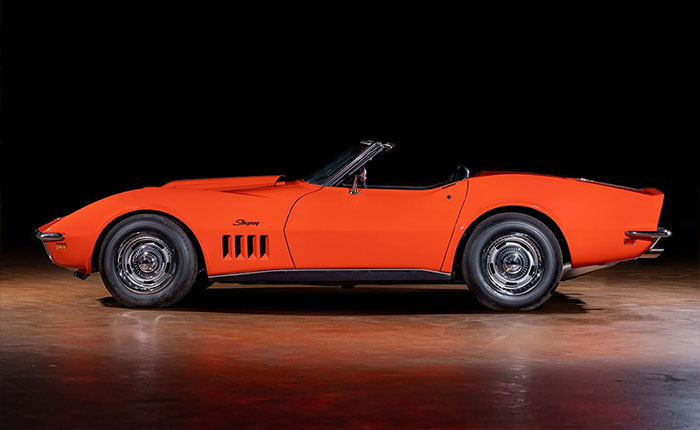 Obviously, it wasn’t easy to get a ZL-1, but Maher finally succeeded with help from Grady Davis, a two-time SCCA national champion and senior vice president at Gulf Research, then a secret partner to GM’s clandestine racing operations.

Documents from GM archives prove that on Nov. 21, 1968, the ZL-1/M40 powertrain configuration was approved for production. The next day, Maher’s order was accepted in Monaco Orange – a way of saying thanks to Davis and his employer, and the car was built on Dec. 9, 1968. 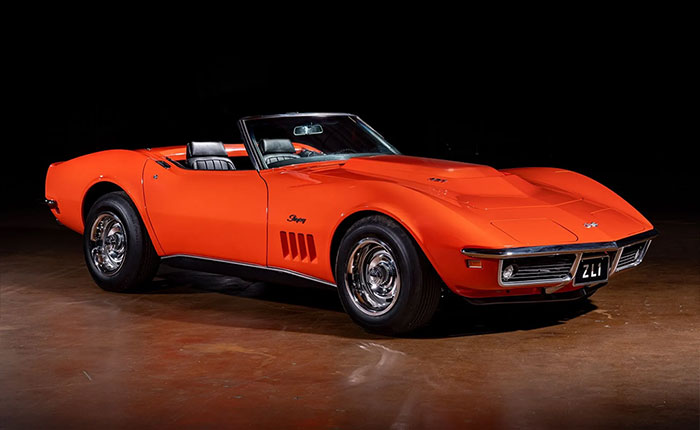 After taking delivery in late ’68, Maher began drag racing modifications immediately, as the car’s original sales invoice notes the installation of a pair of free-breathing side-pipes and a spare 4.11:1 rear end. Another interesting set of GM internal documents on file show that in January 1969 a service bulletin was sent to the originating dealer, requiring installation of a fan shroud (with clutch) into Maher’s ZL-1 on account of overheating issues first noticed on L88/M40-equipped customer cars.

From February 1969 until November 1972, Maher and this extreme Corvette terrorized hill climbs, autocross events, and drag races across Western Pennsylvania. Because of its M40 transmission, Maher labeled his ZL-1 with the cheeky moniker “Winning Automatically.” By September 1969, the car’s original short-block assembly had been blown and was replaced by another short-block assembly furnished under warranty by Chevrolet. 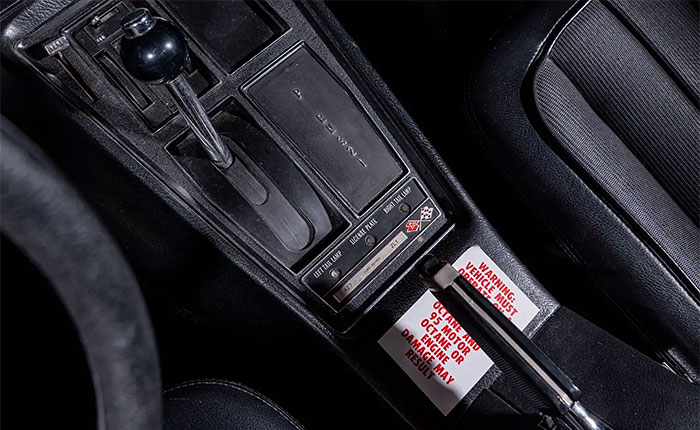