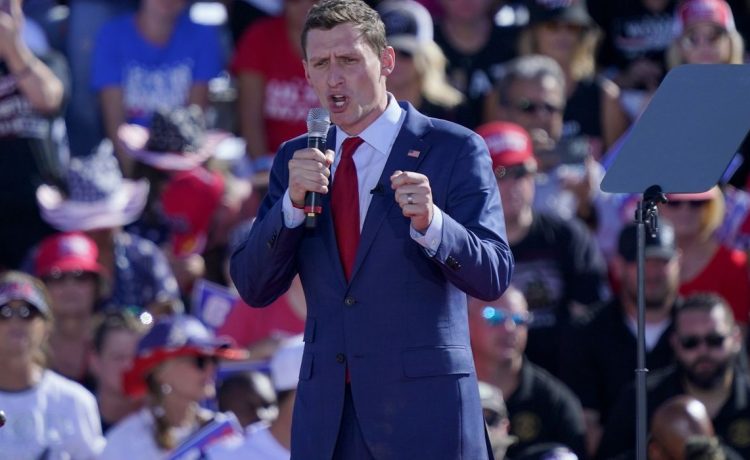 The Republican National Committee is forming an advisory council to build on its momentum with minority voters while examining how the party can win over suburban women, young people and other voters after a midterm cycle that failed to produce the expected “red wave.”

While hailing its success in “growing the party” through Hispanic, Asian and Black voters, the RNC also outlined a to-do list that included suburban and youth outreach and “holding Big Tech accountable, supporting law enforcement, and delivering for Americans of faith.”

“As we assess the midterms and plan for 2024, we are gathering a diverse range of respected leaders in our movement to join together and help chart a winning course in the years to come,” said RNC Chairwoman Ronna McDaniel. “I am thrilled that this talented group of Republicans will be shoulder to shoulder with us as we work to grow our party, hold Democrats accountable, and elect Republicans.”

The GOP won control of the House this cycle but with a far narrower majority than expected, leaving little wiggle room for caucus leaders. The party also failed to flip the Senate and could see the Democrats’ majority grow from 50 seats — with a vice presidential tie-breaker — to 51 seats if Sen. Raphael Warnock wins a runoff in Georgia.

The results were far below the historical norm for the party not occupying the White House, especially given President Biden’s weak approval ratings and soaring inflation numbers.

Some in the GOP are pointing fingers at former President Donald Trump, who endorsed a series of big-ticket contenders like Mehmet Oz in the Pennsylvania Senate race only for them to fall short on Election Day.

Pundits say Mr. Trump’s attacks on the electoral process, coupled with the Supreme Court decision this summer to overturn Roe v. Wade and the nationwide right to abortion, were a drag on the party, particularly with women and young people, despite the economic headwinds against President Biden and Democrats.

The RNC announcement suggested the party would fine-tune its message instead of abandoning positions on abortion or other matters, in a nod to the power of social conservatives in the party.

“Americans of faith are the heartbeat of the Republican vote. This midterm cycle showed us that Republicans who committed to protecting the unborn, defending religious freedom, and standing for parental rights did extremely well up and down the ballot and across the country,” said Tony Perkins, the president of the Family Research Council and a member of the new RNC council.

Others will advise the RNC on how to boost the party’s growing share of the minority vote.

“Democrats take the Black vote for granted and, in the past, the Republican Party hadn’t even tried. My fellow Michigander, Chairwoman McDaniel, has done an incredible job leading the RNC’s outreach to minority voters, including opening 38 brick-and-mortar community centers during the midterm cycle,” said Mr. James, who is Black.

Mr. Masters, a venture capitalist making his first foray into politics, lost a key race in Arizona to Mr. Kelly but said he will advise the party on how to “modernize.”

“We’re fighting against Big Tech, the media, and now, the Democrats’ [get-out-the-vote] early-voting machine,” he said.