The Great Days > News > RNC hitting Democrats with their own words that make them look goofy, uninformed and ineffective
News

RNC hitting Democrats with their own words that make them look goofy, uninformed and ineffective 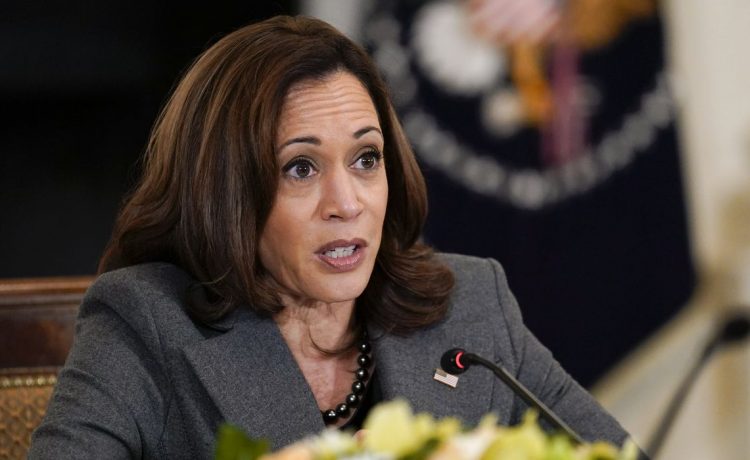 Republicans are putting Democratic officials on the spot by using their own words against them.

The Republican National Committee’s “RNCResearch” social media account has been circulating video clips of Biden administration officials, congressional Democrats and the party’s candidates during less-than-shining moments in which they appear to be uninformed, unintelligible or far-left extremists.

The strategy has had enough of an impact that Democrats, including the White House, have felt obliged to respond to the tweets.

The clips include a seven-minute video of Democrats discussing plans to strip or reallocate funding from law enforcement, painting them as advocates for the “Defund the Police” movement.

Another includes a 5-minute video of Georgia Democratic gubernatorial candidate Stacey Abrams denying her loss in the 2018 election.

Some of the tweets are recent gaffes making the rounds on conservative-leaning news sites such as President Biden’s blunder in saying he can sum up his manufacturing policy in “two words: Made in America.”

“Kamala Harris explains the Ukraine/Russia conflict: ‘Ukraine is a country in Europe. It exists next to another country called Russia. Russia is a bigger country,’” the tweet reads, with an audio clip of the vice president.

The RNCResearch team includes about 30 staff members who are digging up the clips and using them to pummel Democratic officials and candidates.

“Ultimately the goal of the account is to make sure more people vote Republican,” said Tommy Pigott, the RNC’s rapid response director.

The Twitter account, which has operated for years, shifted to one that aimed to hold the Biden administration to account 24/7 at the direction of RNC Chairwoman Ronna McDaniel.

Since Mr. Biden took office, the account has gotten more than 1.3 impressions on Twitter and 940 million since the start of this year. The videos have garnered over 550 million views since Mr. Biden’s inauguration.

Targeting candidates in the closest races, the account has also gone after Pennsylvania Senate candidate John Fetterman over his views on abortion and crime.

At the very least, RNCResearch has succeeded in getting under the White House’s skin.

“If you guys knew your way around a corn silo at all, you’d know it was corn,” said Kate Bedingfield, White House communications director, in response to a video of a bird poop appearing to fall on Mr. Biden as he delivered a speech.

Randi Weingarten, president of the American Federation of Teachers, responded to a tweet that accused her of forcing school closures and supporting mask and vaccine mandates for children.

“Correction, we called for vaccine availability for kids and masking when necessary to keep our children safe … get your facts right!!!,” Ms. Weingarten fumed.

Ammar Moussa, the rapid response director for the Democratic National Committee, said in a tweet that the account was full of “spin” and pushed “wild lies.”

Media fact-checkers have also come at some of the claims or distortions made by the Republican account, which has been accused of editing footage or rhetoric by Democrats to make them look bad.

Mr. Pigott said the account is not solely about going after Democrats, but also highlighting the successes of Republican leadership.

While Democrats hold the White House and both chambers of Congress, the RNC has touted GOP leadership in red states, particularly around aggressive policies on the border.

In terms of getting direct responses from Democrats targeted by the account, Mr. Pigott said that just shows it is working.

“Democrats have really been engaging because they know the content is effective,” Mr. Pigott said. “They struggle a lot to actually respond to it because it is effective.”

Meanwhile, Democrats are painting Republicans as extreme on cutting funding for social programs and advocating for a national abortion ban.

The DNC’s War Room has targeted the GOP on abortion rights and singled out Republicans who take credit for the bipartisan infrastructure bill passed last year despite most GOP lawmakers voting against it.

One tweet was aimed at House Republican Conference Chairwoman Elise Stefanik who had previously touted funding for rural hospitals as a result of the package she did not support.

“Yet another Republican votes no and takes the dough from POTUS’s American Rescue Plan,” the tweet read. “[Elise Stefanik] should be thanking President Biden and Democrats for making these critical investments in her district possible.”