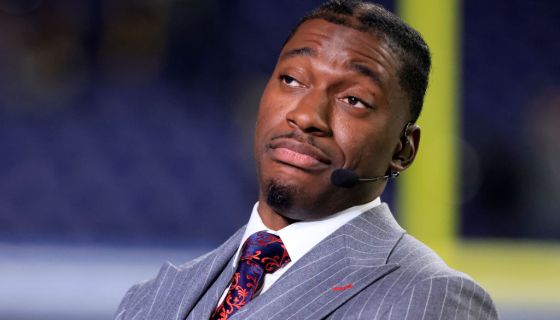 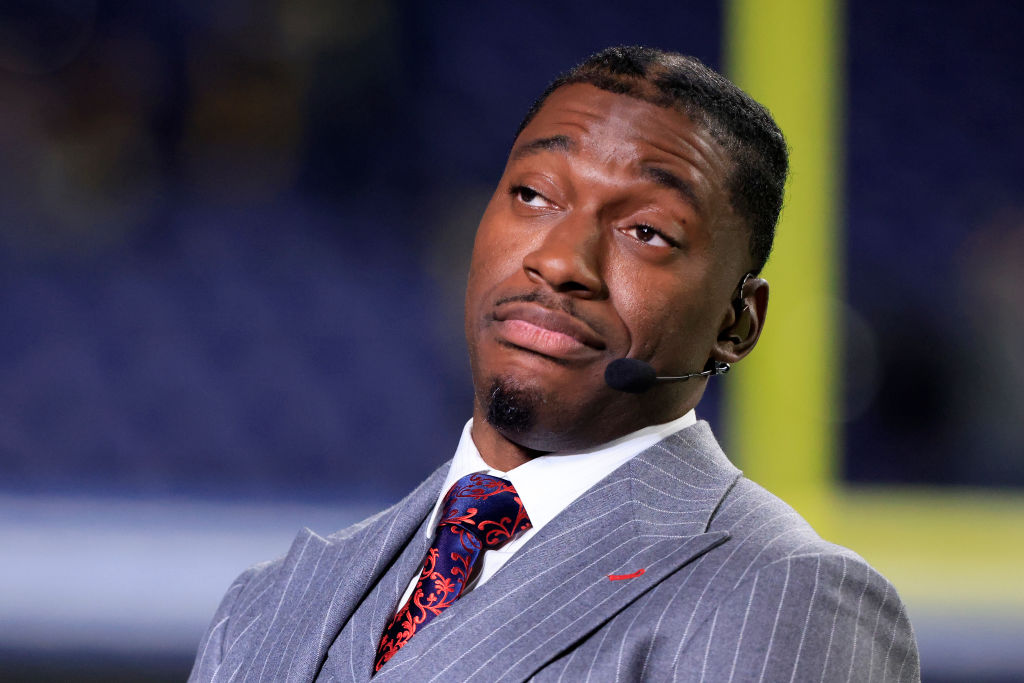 Robert Griffin III has been much better on television and social media recently than he was as a NFL quarterback, but last night he stepped on a landmine that got him lookin’ all kinds of crazy. On yesterday’s broadcast of ESPN’s Monday Night Countdown, the former QB1 was singing the praises of Philadelphia Eagles’ quarterback Jalen Hurts. RGIII was going on and on about how many talking heads in sports media had written Hurts off as an average football player.

Then he said this…

That’s right. Robert Griffin III called Jalen Hurts’ naysayers “jigaboos” on live television. We’re not even sure if Suzy Kolber, Adam Schefter or Steve Young even knew what that meant, but we’re positive that they know now.

Once the clip hit Twitter, RGIII jumped FAST to clean up aisle six.

No word yet from ESPN if they will further address the incident or have RGIII apologize on air. As far as his explanation goes, sure, both “jigaboo” and “bug-a-boo” have “boo” in them, but the two words couldn’t be further apart in meaning. Who the hell is still using the word “jigaboo” in the year of our lord 2022?? Even white people have given up on such anachronistic slurs.

It’s suffice to say that nobody is really buying this mea culpa and the white wife jokes, well…the jokes they were a-comin’.

What say you? Are you buying RGIII’s apology and explanation?