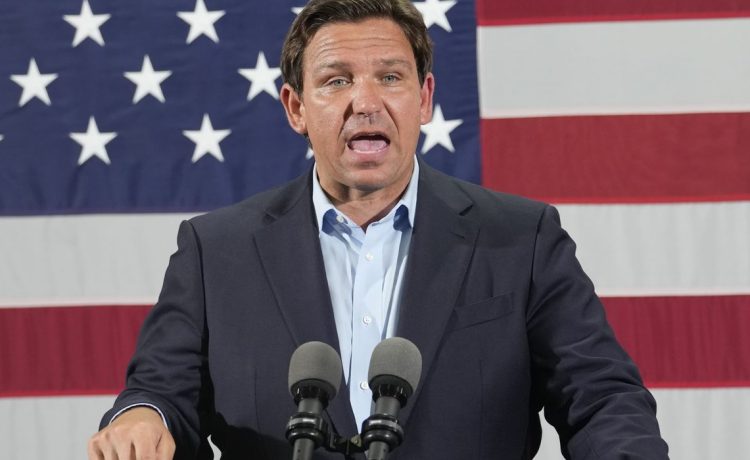 JACKSONVILLE, Fla. — Florida Gov. Ron DeSantis, who has staunchly opposed pandemic-related mandates and lockdowns, is seeking a grand jury investigation of potential wrongdoing by the major manufacturers of the COVID-19 vaccine.

Mr. DeSantis announced the grand jury probe Tuesday during an “accountability roundtable” examining the vaccine’s shortcomings and side effects as well as the efficacy claims made by the two Covid-19 mRNA-vaccine manufacturers, Moderna and Pfizer.

“Today I’m announcing a petition with the Supreme Court of Florida to impanel a statewide grand jury to investigate any and all wrongdoing in Florida with respect to COVID-19 vaccines,” said Mr. DeSantis, who was reelected by 20 points in November and is increasingly eyed as a 2024 presidential candidate.

The governor said he expects the Supreme Court will green-light the grand jury, and said it would likely be impaneled in the Tampa Bay area.

The probe culminates two years of resistance by Mr. DeSantis to pandemic responses from the federal government, ranging from mask mandates to school and business closures to the heavy emphasis on vaccines that were rushed into production with limited testing for safety and side effects.

The 44-year-old governor’s contrarian response to the pandemic rocketed him to national prominence and a blowout reelection. He’s now leading former President Donald Trump in some GOP primary polling.

The grand jury probe is the first of its kind in the nation and comes in response to increasing evidence that the shots do not prevent people from contracting or spreading the virus and may be risky for some age groups.

Jurors, Mr. DeSantis said, will examine the claims about protections afforded by the shots that were made by the vaccine makers. He said those pharmaceutical companies “have made a fortune” on the vaccines.

“In Florida, it is against the law to mislead and misrepresent the efficacy of a drug,” Mr. DeSantis said.

He said the move is not without precedent. Florida in recent years won $3.2 billion from the manufacturers and distributors of opioids.

The grand jury will also examine vaccine side effects such as myocarditis and blood clots, which have been difficult to track because of a lack of data released by vaccine-makers Pfizer and Moderna.

“Maybe we’ll be able to get the data whether they want to give it or not,” Mr. DeSantis said.