Ron DeSantis coalition emerges for a run against Trump: Picks up more educated and women voters 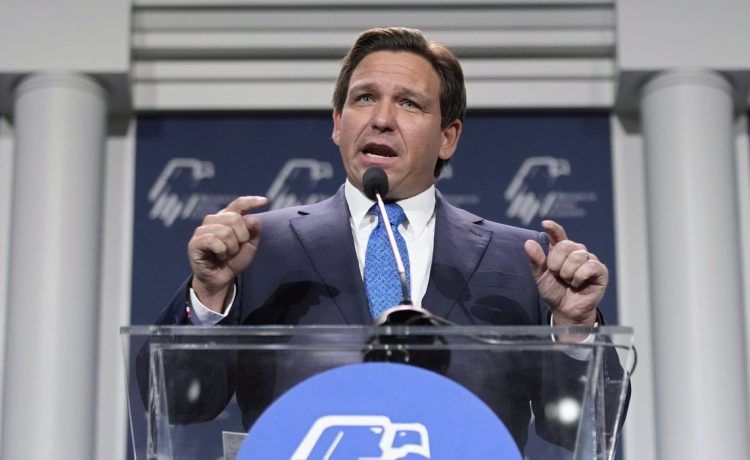 As Republicans look to pick up the pieces from their subpar performance in the midterm elections, they increasingly turned to Florida Gov. Ron DeSantis with a common refrain: He can get votes and win where Donald Trump can’t.

Mr. DeSantis did as well or better than Mr. Trump across most demographics, suggesting he can hold the gains the former president made while expanding into Mr. Biden’s territory with women and moderate Republicans.

Mr. Trump has already announced his candidacy. Mr. DeSantis, who just won reelection as governor, has not. But both men have emerged as the two heavyweights in a contest that won’t see its first votes cast for more than a year.

“I think the biggest point is that [DeSantis] is a threat to Trump because he can split the Trump coalition, rather than challenge it from outside,” said Charlies Franklin, director of the Marquette Law School Poll. “Whether that holds up in a nomination battle remains to be seen — if DeSantis in fact challenges Trump.”

To his backers, Mr. DeSantis is a Trump without the baggage. To his detractors, he’s a pale imitation.

Mr. Trump has already started to try to chop down Mr. DeSantis, taking to social media to claim he is leading “REAL POLLING” by “a lot.”

That came after a Wall Street Journal poll that found Mr. DeSantis is outperforming Mr. Trump by a 52% to 38% margin among likely GOP primary voters in a hypothetical matchup.

Mr. DeSantis bested Mr. Trump among college-educated voters, while Mr. Trump bested him among those with a high school education or less.

Mr. DeSantis also had greater appeal among suburban and urban GOP voters. They were locked in a tight-knit battle over rural voters.

A McLaughlin and Associates survey released this week showed him with a 48% to 23% lead over Mr. DeSantis.

Mr. DeSantis is riding high after defying the GOP’s election malaise and leading Florida into deep red territory in November. That included carving out a congressional map that pushed U.S. House seats into the GOP column and helped Republicans flip control of the chamber.

Mr. Trump, meanwhile, has taken the lion’s share of the blame for foisting poor Senate candidates on the party, costing seats that analysts said were winnable.

Mr. Trump also faces growing legal snares. He is under federal investigation for removing classified material from the White House and for trying to overturn the 2020 election results. The House Jan. 6 committee made a referral to the Justice Department for criminal charges against the former president, including inciting insurrection against the U.S. government, which, if convicted, would bar him from serving as president.

Still, those legal headwinds could end up helping Mr. Trump with GOP voters, who have regularly rallied around him in response to what they saw as him being unfair targeting by a Democrat-allied Justice Department.

When pollsters match Mr. Biden against each of the Republicans, they find Mr. DeSantis and Mr. Trump share roughly similar numbers among minority voters, younger voters and those without college degrees.

But Marquette’s polling showed Mr. DeSantis peeling off those with college degrees and higher incomes, as well as among women.

“It is like a double-barreled effect,” he said. “Some candidates are good in primaries and some are not good in general elections.”

“We saw that with Trump-endorsed Senate candidates, and there are some candidates with a broader appeal like Massachusetts Gov. Charlie Baker who would do awful in primary because they are too moderate,” he said. “In this case, DeSantis is strong on both fronts, and that is part of the equation that is very strong for DeSantis. He is strong in a Republican primary and he is strong in a general election sense because he appeals to independent women.”

Mr. DeSantis’s biggest hurdle may be the size of the GOP field. In a one-on-one matchup, Mr. Trump could be vulnerable. But the more candidates that run, the more likely they are to split an anti-Trump vote, leaving the former president and his devoted fans as a clear plurality.

“So you could have a 2016 scenery where Trump — even though his lead is eroding — still has a core level of support, which in many caucuses and primaries will be enough to win a 30-40 percent plurality,” Mr. Paleogos said.

Indeed, a recent Harvard-Harris poll showed Mr. DeSantis besting Mr. Trump in a head-to-head matchup by a 52% to 48% margin among GOP and independent-leaning voters.

The same survey, however, showed Mr. Trump leading Mr. DeSantis by a 48% to 25% margin among GOP voters in a crowded field of presidential contenders.