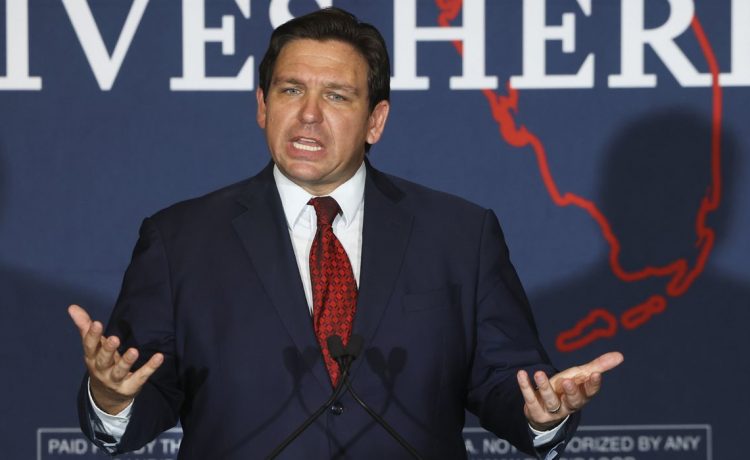 Florida Gov. Ron DeSantis said he plans to continue his efforts of sending illegal migrants to sanctuary cities, in hopes of making a point about loose border policies blamed on the Biden administration.

Mr. DeSantis, who sent a plane full of migrants to Martha’s Vineyard on Thursday, called the move “just the beginning,” pledging to use his full state budget of $12 million to relocate migrants from Florida.

“These are just the beginning efforts. We’ve got an infrastructure in place now. There’s going to be a lot more that’s happening,” Mr. DeSantis said.

Mr. DeSantis added he was open to working with Texas Gov. Greg Abbott on the efforts to expel migrants from their states. The two have made it a point to crack down on illegal immigration by sending a message to Washington to secure the southern border more strictly.

The governor also disputed accusations that the migrants, flown to Massachusetts this week, did not know where they were going.

“It’s obvious that’s where they were going. It’s all voluntary,” Mr. DeSantis said.

He added that the migrants signed a waiver and were given a packet, which included a map of Martha’s Vineyard.

The White House has condemned the efforts, calling it a form of political theater.

“These governors care [more] about creating political theater than creating actual solutions to help folks who are fleeing communism, to help children, to help families. Instead, they want to do political stunts,” said White House Press Secretary Karine Jean-Pierre.

Ms. Harris has been under fire from Republicans for not visiting the southern border, despite being charged as the Biden administration’s point person on the issue.