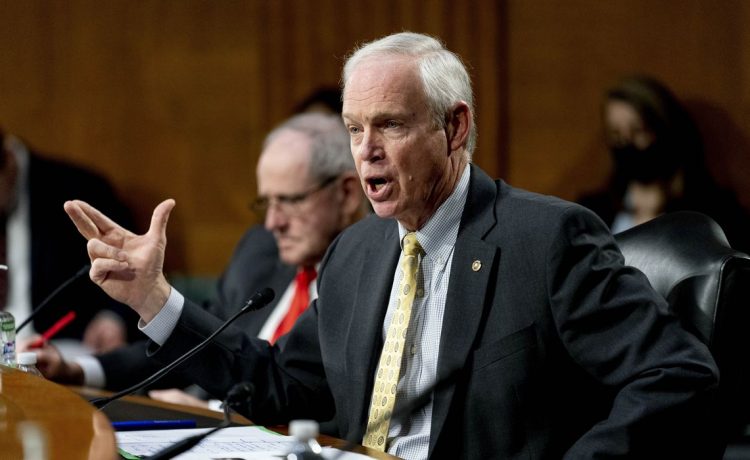 Wisconsin Sen. Ron Johnson is in the toughest political fight of his life — but he’s used to it.

For the third time in his political career, Mr. Johnson, a Republican, is trailing in polls ahead of a November election that pits him against a top state Democrat in a race that will determine control of the U.S. Senate.

Mr. Johnson, who was narrowly elected to the Senate in 2010 and again in 2016, is facing Democratic Lt. Gov. Mandela Barnes in his bid for a third Senate term. Recent polls show Mr. Barnes in the lead.

It’s familiar territory for Mr. Johnson, who has been able to win twice in a state where voters are nearly evenly divided between Republicans and Democrats, while fewer voters are considered part of the persuadable middle.

“It seems like I’m always the underdog,” Mr. Johnson told The Washington Times. “I was the first time and I certainly was the second time. I actually feel better about this race.”

Several recent polls show Mr. Barnes with a small edge, but Mr. Johnson discounts the surveys. Polls showed him behind in 2010 and 2016. But in both races, he defeated Democrat Russ Feingold, who held the Senate seat before Mr. Johnson, by 5 points and 3.4 points, respectively.

Mr. Johnson predicted another close race in November as he competes for voters in one of the nation’s most politically divided states.

“It’s Wisconsin. We are fighting over the very small middle,” Mr. Johnson said.

After wavering about seeking another term, Mr. Johnson, who formerly ran a plastics manufacturing plant in Oshkosh, said he decided to run after voters urged him to stay in the Senate, where he has worked to lower taxes, reduce regulations and promote other legislation aimed at economic growth and new jobs.

He’s also been a champion of reducing federal spending, which has exploded in the past two years thanks to massive spending bills approved mostly by Democrats.

He voted against much of the recent government spending that economists blame for the highest inflation rate in 40 years and opposed Democratic energy policies that have contributed to high gas prices.

Mr. Johnson, who is a top Republican on the Senate Homeland Security and Governmental Affairs Committee, has also led the GOP effort to investigate the foreign business dealings of Mr. Biden’s son, Hunter Biden.

Mr. Johnson, along with Sen. Charles E. Grassley, an Iowa Republican on the Judiciary Committee, is seeking records from the FBI about the bureau’s contact with Facebook and other social media platforms regarding their efforts to block stories about Hunter Biden’s laptop computer in the weeks leading up to the 2020 election. The laptop contained information about the younger Biden’s lucrative foreign business dealings he secured thanks to his father’s powerful position.

If he’s reelected and Republicans retake the gavel in the Senate, Mr. Johnson will chair the Homeland and Governmental Reform Subcommittee on Investigations, where he plans to aggressively scrutinize the government’s “miserably failed” response to the COVID-19 pandemic that centered on lockdowns and mandates, as well as new whistleblower allegations of misconduct at the FBI.

“It’s becoming pretty clear that there’s at least within some parts of the top echelons with these agencies, some real partisan corruption going on,” Mr. Johnson said.

But voters who approach him at campaign events are less interested in asking about Hunter Biden and are not simply focused on high prices at the grocery store and gas pump, Mr. Johnson said. They convey to him their fears that the country is headed into steep decline, he said.

“Almost without fail, somebody in the crowd will come up, with either tears welling up in their eyes or literally streaming down their cheeks, saying, ‘We’ve got to save this country,’” Mr. Johnson said.

“As much as they’ve shouldered the burden of all the disastrous results of Democratic governance,” he said, voters are distraught about liberal policies allowing biological males to compete in women’s sports and shower in girls’ locker rooms.

“And school administrators wanting to inject gender-blocking drugs in the arms of their children without telling their parents,” Mr. Johnson said.  “It’s those types of issues that people look at and say to me, ‘What is going on in this country? This is out of control.’”

The senator is hoping those fears will energize the GOP base to show up at the polls in November to support him. He is also working to attract undecided voters who believe the Democratic agenda has gone too far when it comes to infringing on parental rights and imposing policies that have contributed to rising crime and a southern border flooded with illegal immigrants.

Mr. Johnson, 67, has sought to define Mr. Mandela, 35, as a far-left Democrat who would join the far-left “Squad” of congressional lawmakers who have called for defunding the police and opening the borders. In an August campaign advertisement approved by Mr. Johnson, Mr. Barnes is shown holding up an “Abolish ICE” T-shirt he took from the Democratic Socialists of America, who want to eliminate Immigration and Customs Enforcement, the agency responsible for catching and deporting illegal immigrants.

The Johnson ad warns that Mr. Barnes wants to “abolish ICE, open our borders to illegal immigrants and release violent felons without bail.”

The Barnes campaign declined interview requests. Mr. Barnes told the Milwaukee Journal Sentinel he backs “comprehensive reform in our immigration agencies that protect our borders while establishing a pathway to citizenship and ensuring no one coming to this country has to experience traumas like family separation.”

Mr. Johnson has accused Mr. Mandela of hiding from the media and spending hundreds of thousands of dollars on state police protection during his campaign.

“I think their strategy is to run a Joe Biden campaign from the basement or from his state patrol-chauffeured vehicles,” Mr. Johnson said, referencing the president’s limited time on the campaign trail ahead of the 2020 election. “And don’t subject him to questions from the media or Wisconsinites. They literally can’t afford to let Wisconsin know who he is.”

Campaign ads backing Mr. Barnes call Mr. Johnson “out of touch with Wisconsin,” and accuse him of failing to fight for an Oshkosh company to keep 1,000 manufacturing jobs in the state instead of moving them to South Carolina.

Mr. Johnson said the contract to produce vehicles for the postal service involved federal funds that he said would be more efficiently spent outside the state. He also pointed to Wisconsin’s low unemployment rate and the difficulty employers have had hiring workers.

He’s unapologetic about his policy positions, particularly the need to cut federal spending, which increased by 50% from 2019 to 2021, according to the Treasury. The federal debt is now nearly $31 trillion.

“I’m the same guy who ran in 2010, concerned about growing debt — even more concerned about it,” Mr. Johnson said. “I’m distraught that I’m one of the few. It seems society and certainly Washington, D.C. is just whistling past the graveyard.”