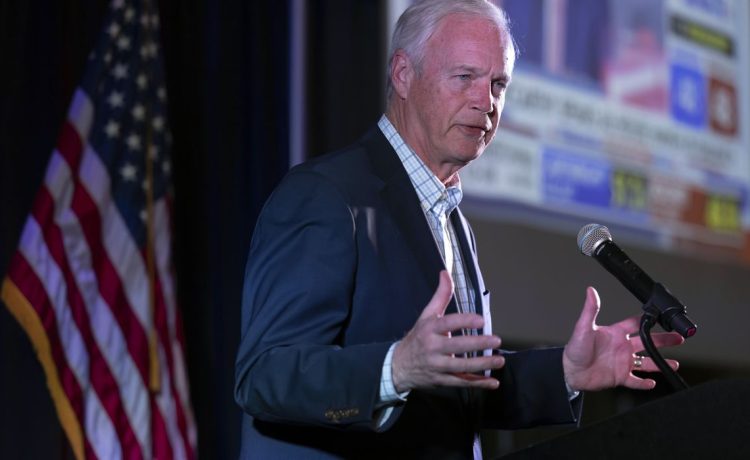 Sen. Ron Johnson held onto his seat in Wisconsin, defeating Democratic Lt. Gov. Mandela Barnes and winning a third term in a race that was considered a toss-up.

Mr. Johnson, a Republican, eked out a win against Mr. Barnes. Several news outlets projected him the winner 51% to 49% with about 95% of the votes counted.

The Wisconsin Senate seat is one of several swing state races critical in determining control of the Senate. Mr. Johnson stopped Democrats from flipping another seat after John Fetterman captured an open Senate seat in Pennsylvania after the GOP’s Sen. Pat Tommey retired.

Senate Republicans now needed to pick up at least two seats held by Democrats in order to reclaim the majority they lost in 2021. The races that will determine control of the Senate are still too close to call in Arizona, Georgia and Nevada.

Mr. Johnson, 67, who ran a plastics manufacturing plant in Oshkosh, initially wavered about seeking another term. He said he decided to run after voters urged him to stay in the Senate, where he has worked to lower taxes, reduce regulations and federal spending, and promote jobs and economic growth.

He sought to define Mr. Barnes, 35, as a far-left Democrat who would join the liberal “Squad” of congressional lawmakers who have called for defunding the police, opening the borders and rampant government spending.

Mr. Barnes attacked Mr. Johnson as “out of touch with Wisconsin” and accused him of failing to fight for an Oshkosh company to keep 1,000 manufacturing jobs in the state instead of moving them to South Carolina.

Mr. Johnson said the attack was partisan and based on selective information released by the Democrat-led House Jan. 6 committee, which made public only certain texts it obtained that were written by Mr. Johnson.

“The 1/6 committee’s partisan witch-hunt is revealed,” Mr. Johnson said in a message on Twitter. “They smeared me with partial and incomplete information.”