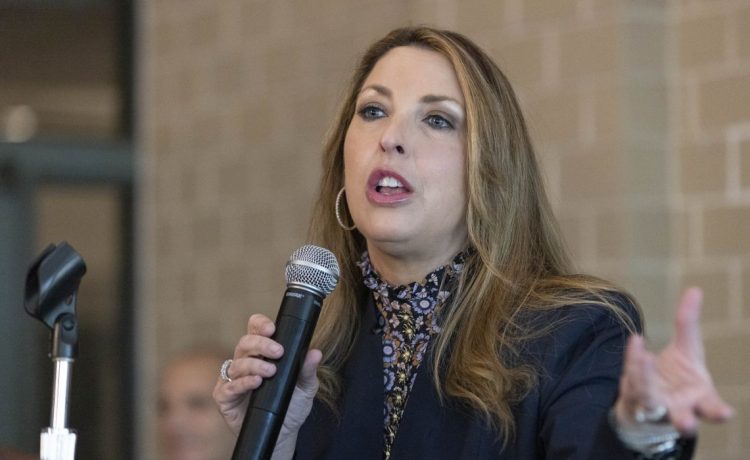 Republican National Committee Chairwoman Ronna McDaniel said Sunday that if the man who allegedly attacked Paul Pelosi had not targeted such a prominent family, “this criminal would probably be out on the street tomorrow” because of weak Democratic policies on crime.

“We saw [Rep.] Lee Zeldin’s attacker was on the street right after he attacked him. This is what Democrat policies are bringing,” Ms. McDaniel said on “Fox News Sunday.”

Mr. Pelosi, husband of House Speaker Nancy Pelosi, was violently attacked by a man with a hammer over the weekend and underwent surgery for a skull fracture after the alleged assailant broke into the couple’s San Francisco home, authorities said. Mrs. Pelosi was not home at the time.

The GOP chairwoman’s mention of Mr. Zeldin, the Republican nominee for New York governor, was in reference to a knife-wielding man who attacked him during a campaign event in July.

However, the attacker was not immediately released after the incident. He was released from custody by a judge in October and was sent to a rehab facility.

“I think this is a deranged individual. You can’t say people saying let’s fire Pelosi or let’s take back the House is saying go do violence. It’s just unfair,” Ms. McDaniel said. “And I think we all need to recognize that violence is up across the board. Lee Zeldin was attacked. We had an assassination attempt against [Supreme Court Justice] Brett Kavanaugh and Democrats didn’t refute, you know, didn’t repudiate that. Joe Biden didn’t talk about the assassination attempt against Brett Kavanaugh.”

Republicans have painted Democrats as soft on crime ahead of November’s midterm elections and pointed to the tepid response from the party over protests targeting conservative Supreme Court justices this year as evidence.