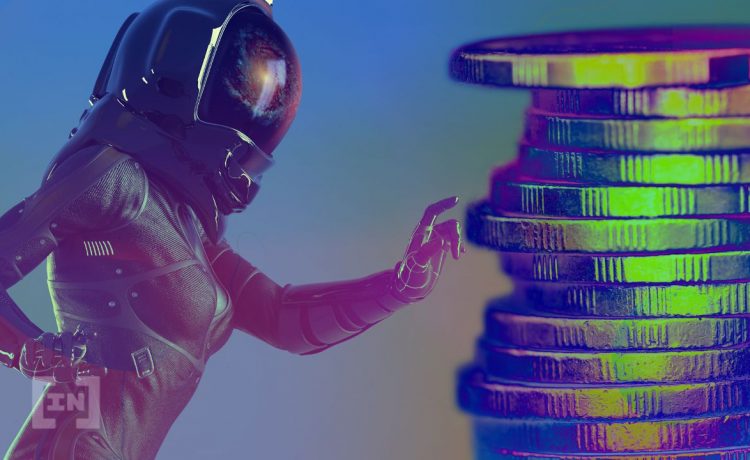 Be[in]Crypto has scoured the ends of the crypto ecosystem to curate the most important stories for you from the Celsius freezing withdrawals, Jake Paul’s jibe at President Biden, BlockFi and Crypto.com’s firing spree, rising adoption in the U.S. and Canada, and Russian oil giant’s deal with BitRiver.

Don’t forget to subscribe to our weekly newsletter and get our weekly roundups right in your inbox!

A torrid time for crypto lenders

The entire cryptocurrency industry received a rude awakening during the week after the lending platform Celsius announced the suspension of withdrawals. The firm stated in a memorandum that the move was “to put Celsius in a better position to honor its withdrawal obligations”, yet a deeper look revealed that the platform was suffering from liquidity issues.

Tron’s USDD stablecoin sent a jolt to the hearts of investors after the it was briefly de-pegged from the U.S. dollar. In what feared to be a repeat of the TerraUSD (UST) fiasco, investors heaved a sigh of relief after USDD recovered while Tron opted for a strategy of over-collateralization to maintain the peg.

The negative streak continued for crypto after Babel Finance, a lending firm, announced a suspension of withdrawals citing “unusual liquidity pressures”. The impacts of these suspensions had had an adverse effect on crypto prices with bitcoin falling below $20K and the global crypto market capitalization dropping below $1 trillion.

Crypto prices buckle under the weight

As crypto prices plummet, players in the space are looking to make sense of the chaos around them. Jake Paul, a crypto influencer, blamed U.S. President Joe Biden for the falling values of cryptocurrency prices. Paul blamed Biden for causing the worst inflation, the highest rents ever, and skyrocketing fuel prices.

Despite the chaos, a new breed of investors is profiting from the differences in asset prices to rake in billions. A report by PriceWaterhouseCoopers indicates that the strategy is becoming the most preferred strategy amongst hedge funds.

However, analysts have warned that hedge funds cannot continue to profit from arbitrage because it will hurt the markets. “As more institutional players come into the space, the arb opportunities will be eliminated,” said one pundit.

Layoffs and even more layoffs

Macroeconomic conditions led Coinbase to freeze and then rescind job offers, a move copied by other firms. BlockFi announced that it would be reducing the size of its workforce by 20% with the firm’s founders assuring clients that there will be no “material changes to the quality of service they have come to expect”.

Crypto.com announced a layoff of 5% of the firm’s workforce as the crypto winter bit even harder. The crypto exchange had spent a fortune over the last few months in acquiring the naming rights of stadiums and sports partnerships that exceeded over a billion dollars.

On the flip side, Kraken bucked the trend by revealing plans to bolster its workforce with 500 new staff. The firm announced that the roles will be filled before the end of the year with Binance making a similar play in the face of declining crypto prices.

Crypto adoption grows despite the downtrend

A survey by the Bank of America showed that 90% of respondents have indicated a strong desire to buy cryptocurrencies before the end of the year. The report also revealed that 30% of current crypto owners are hodling their assets even if the crypto winter rolls over into 2023.

In Canada, crypto adoption is reaching peak levels with the number of bitcoin holders climbing from 5% to 13% in less than a year. The report by the Bank of Canada highlighted several factors for the surging interest in crypto and highlighted the increasing correlation of cryptocurrencies with the traditional financial markets. Canada’s interest in crypto ran deep as managers of Quebec’s $326.7 billion pension fund invested in troubled Celsius despite the warnings from U.S. regulators.

A rare Ferrari racing car used by veteran rider Nigel Mansell in the 1989 Formula 1 season was auctioned at Sotheby’s for $3.6 million. The deal was facilitated using the Himalaya Dollar (HDO) stablecoin. The use of crypto by auction houses points to collectors’ increasing proliferation of the new asset class.

Mining rocks back and forth

Cryptocurrency mining had an interesting week with the most interesting story coming out of Russia. Gazprom Neft, the third-largest oil producer, penned an agreement with BitRiver to start mining Bitcoin in oil fields.

The move has been hailed by environmentalists for its ingenious use of flared gas. Despite the praise that the firm has earned for the move, it drew widespread criticisms for its role in the Russian-Ukrainian conflict that ended up in the firm being sanctioned by the U.S. Treasury’s Office of Foreign Assets Control.

New York’s Mayor Eric Adams has revealed plans to ask Governor Kathy Hochul to veto the state crypto mining bill that sought to ban proof-of-work (PoW) cryptocurrencies for two years. Adams stated that instead of outright bans, legislators need to give miners goals to meet and added that New York could lose its edge in the crypto space because of the mining moratorium.