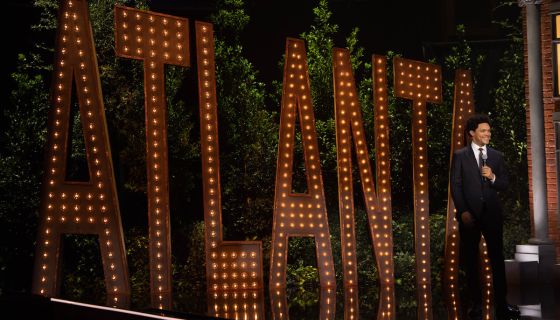 Hide Ya Kids! Hide Ya Waffle House! (The first part is for Herschel Walker and Herschel Walker only.) “The Daily Show with Trevor Noah” is in town for election week, filming some very special episodes and we were lucky enough to catch up with contributors Dulce Sloan and Roy Wood Jr about the show. 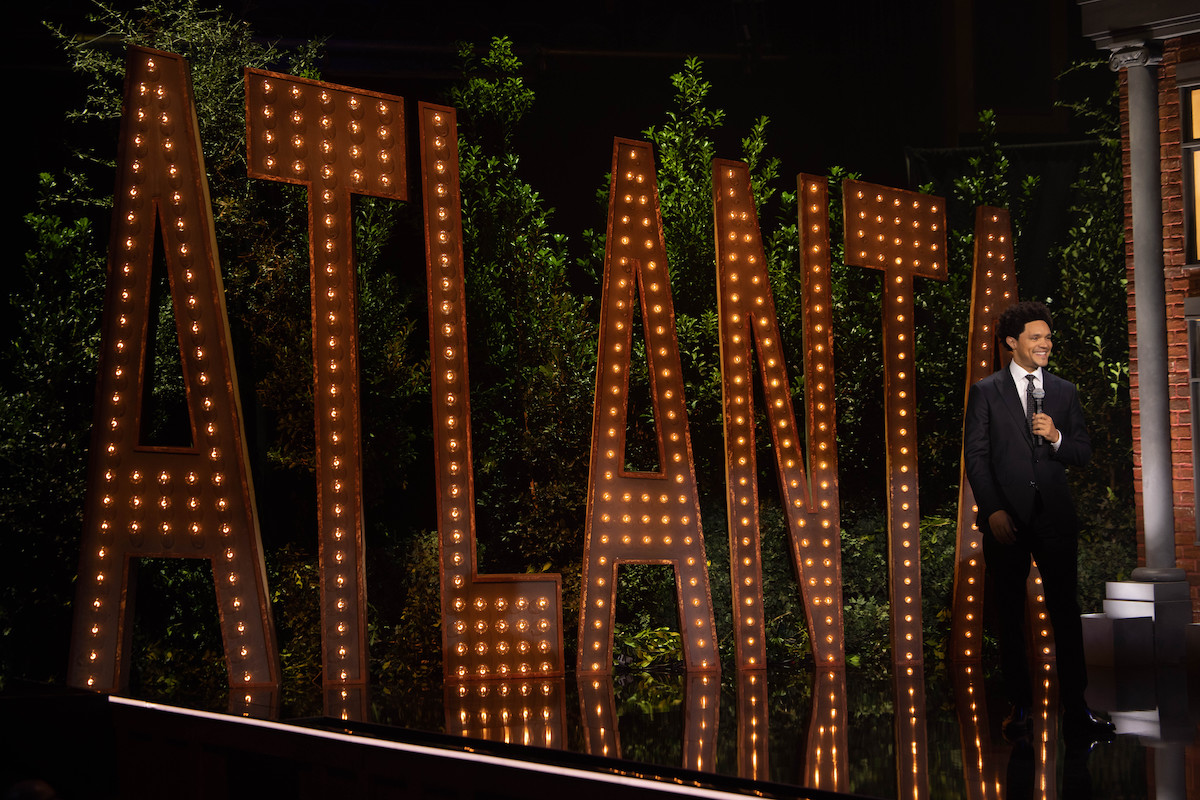 BOSSIP’s Sr. Content Editor, Janeé Bolden chatted with Dulce and Roy while they enjoyed scrumptious southern delicacies from — you guessed it — Waffle House.

It was only appropriate considering that Trevor and Roy kicked off this week’s episodes with a special Waffle House-style brawl with the kind of celebrity cameo that only happens in Atlanta. If you missed Monday’s show you can check the clip out below:

Since Dulce and Roy are both southerners, we started off the interview by asking each of them their go-to Waffle House order.

“Triple scramble cheese, wheat toast, cheese grits in a bowl,” Roy Wood Jr. told BOSSIP.”You have to be specific about the grits in the bowl because if the grits are runny and they put them on the plate you don’t get as much. I’ve done the calculating. This is scientific over here.”

When the “Daily Show” contributors weren’t busy visiting their favorite Atlanta eatery, they were filming at the home of “Daily Show” guest T-Pain, who is set to appear as a guest on Tuesday’s episode.

“We did a cold open at T-Pain’s house that will start the show,” Roy Wood Jr told us. “He’s a guest, but he was also kind enough to let us out to his palatial estate in parts of Georgia that I can’t dictate. T-Pain is from Florida, but for the last twenty years his music and his sound has been as influential to Atlanta as any artist you can name and that also disseminated out to everywhere else. Shout out to Nappy Boy radio because they were real kind to us.”

“The man who gave us drinks to drink?” Dulce added.

“And we drank ’em,” Roy continued.

“And got drunk!” Dulce finished, adding more lyrics from “Buy You A Drink.” “If you ever as a child had issues with grammar and tenses, that song is a great lesson. You could learn about grammar, you can learn about tenses, you cold learn about nouns.”

If you aren’t familiar with the discography of T-Pain then you’re missing out on a great joke. It’s clear that this is the kind of improv Dulce and Roy enjoy on a regular basis. It’s the kind of synergy that led to “The Daily Show” earning seven Emmy nominations this year.

What’s even cooler to us is that “The Daily Show” has been the place to turn when so much of American current events and American politics doesn’t seem to be making much sense.

“When you look at the show, and the history and relationship to the show, the show’s relationship with politicians, trusting the Daily Show to come on and talk about issues,” Wood Jr. said. “You got Stacey Abrams who already came on [Monday night’s guest] and Raphael Warnock is supposed to slide through. Warnock is coming on the show. There. Damn I said it. Warnock and Dominique Wilkins, Atlanta Hawks Hall of Famer.”

Warnock’s appearance had not been publicized prior to our interview — due in part, Wood Jr. explained, to shifting schedules. If Monday was any indication, there’s no limit to the caliber of guests the show will welcome on this week.

“A candidate like Warnock, deciding to come on our show this week while we’re in Georgia, I think it’s one of those things,” Wood Jr. added. “It’s dope that they trust us with having the type of viewers that can digest what it is that they have to say about things and I think that’s cool.”

While we were on the subject of politics, we let both Dulce Sloan and Roy Wood Jr. know the interview wouldn’t be complete without them submitting their Bossip style headline on Herschel Walker for us to share with readers.

“See, y’all not right, you should have let us write that,” Wood Jr. said. “You can’t just be putting us on the spot like that.”

“Messy Family Nonsense: Your Drunk Uncle Is Now Trying To Be A Senator, Who Let This Man Do This?”

How do you think “The Daily Show” contributors did with their Bossip headlines?