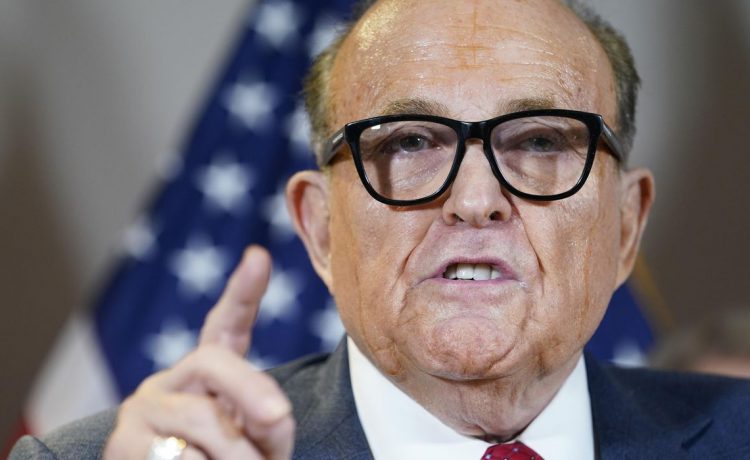 Former New York City Mayor Rudolph W. Giuliani plans to call witnesses who will support his claims of 2020 election irregularities and fraud during his law license hearing in Washington, according to a recent court filing.

The D.C. Office of Disciplinary Counsel claims that Mr. Giuliani ran afoul of professional standards by filing a legal challenge to the results in Pennsylvania.

His law license had already been suspended temporarily in Washington last year after New York had first suspended his license in his home state, reasoning he made “demonstrably false and misleading statements” about the 2020 election.

According to a court filing on Friday, among those to testify that Republican poll watchers were excluded from reviewing ballots in Pennsylvania are former Florida Attorney General Pam Bondi, former 2016 Trump campaign manager Corey Lewandowski and attorney Katherine Friess.

Peter Navarro, a former adviser to Mr. Trump, will also testify to alleged voting irregularities and fraud in the 2020 election, and Shiva Ayyadurai will testify to statistical analysis of the election results.

Mr. Giuliani could face a long-term suspension in Washington or disbarment. The hearing is scheduled for Dec. 5-9.

In June 2021, the New York Supreme Court issued a 33-page order alleging that Mr. Giuliani, a former prosecutor, violated rules of professional conduct by making “demonstrably false and misleading statements” about the 2020 election to courts, lawmakers and the public.

“These false statements were made to improperly bolster respondent’s narrative that due to widespread voter fraud, victory in the 2020 United States presidential election was stolen from his client,” the court said in its order.

Mr. Giuliani and his lawyers did not respond to a request for comment.

He has argued in the past that his statements about the 2020 election were protected by the First Amendment.

In a filing last week, Hamilton P. Foxx, who is charging Mr. Giuliani with violating his professional ethics, said the allegations don’t relate to free speech.

“This matter is not about freedom of speech or statements made outside the Pennsylvania litigation,” Mr. Foxx wrote. “This case is about Respondent’s ethical obligation as a member of the bar to refrain from advancing claims in court that lack any legal and factual basis.”