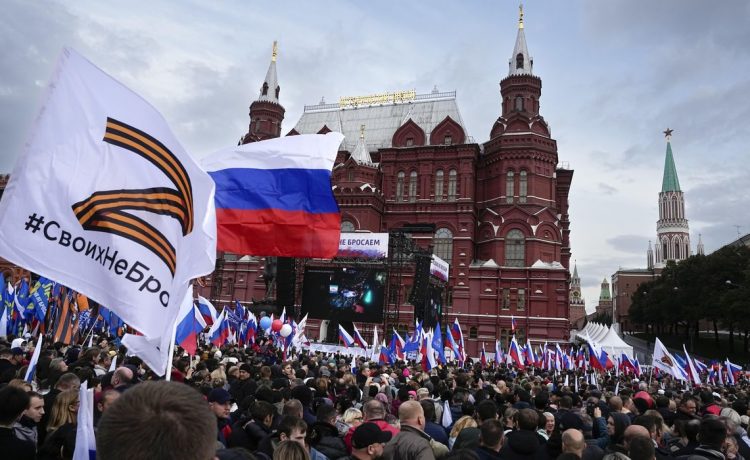 MOSCOW — Russia said Monday that it had detained a Japanese diplomat based in the eastern city of Vladivostok for soliciting “restricted” information, Russian news agencies reported.

“A Japanese diplomat was detained red-handed while receiving, in exchange for financial reward, restricted information about Russia’s cooperation with another country in the Asia-Pacific region,” the FSB, the KGB’s successor agency, was cited as saying through its press service, without specifying the country.

The FSB also accused the diplomat, named as Vladivostok-based consul Motoki Tatsunori, of seeking out information on “the impact of Western sanctions” on the surrounding Primoriye region, according to news agencies.

Russia’s foreign ministry said Tatsunori had been declared persona non grata and ordered to leave the country within 48 hours.

The Kremlin has repeatedly referred to Japan as a “hostile” country, a designation it shares with the U.S., EU countries and their Western allies, since Tokyo joined them in slapping sanctions on Moscow after Russian troops entered Ukraine on Feb. 24.

Japanese authorities have not yet commented on the incident.