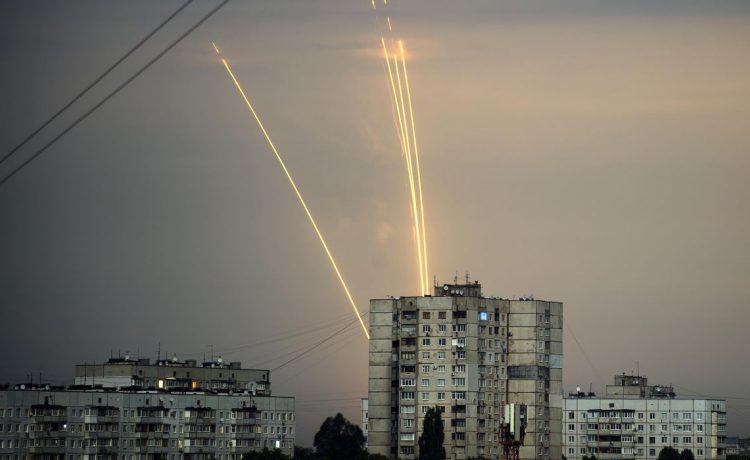 Russia is selling nearly as much oil as it did before it invaded Ukraine and raking in more cash because of high prices despite the West’s push to hamstring President Vladimir Putin’s economy with crippling sanctions.

Boxed out by Europe, the Russians are finding export markets in new places, sending fuel oil — a lightly refined version of crude — to places like Saudi Arabia, where it is burned in power stations, and the United Arab Emirates, where it is blended with oil from other places, The Wall Street Journal reports.

Oil prices are coming down but still higher than a year ago, so Russia is earning $20 billion in average monthly sales compared to a $14.6 billion monthly average in 2021, the report said. That means Moscow is raking in more dough even though it is sending out 600,000 fewer barrels per day than at the start of the year.

Mr. Putin invaded Ukraine in late February. The Biden administration and European nations linked arms and imposed heavy sanctions on Russia’s economy as punishment, though Moscow responded by restricting the flow of natural gas to Germany and other places.

European nations are feeling the squeeze and starting to ration energy.

The pursuit of new oil markets, meanwhile, is allowing Russia to make up the difference from shuttered gas pipelines.

About $74 billion of the $97 billion it earned from oil and gas sales through July came from oil, the Journal reports.

The situation is a bit of a quandary for President Biden, who is battling high fuel prices in the U.S. during an election year. On the one hand, he wants to take a hard line on Russia and its oil exports, but he also wants to boost global supply to keep prices down.

Things are gradually improving before the midterm elections. Gas prices have fallen to below $4 per gallon in many places after surging above $5 across the nation earlier in the summer.