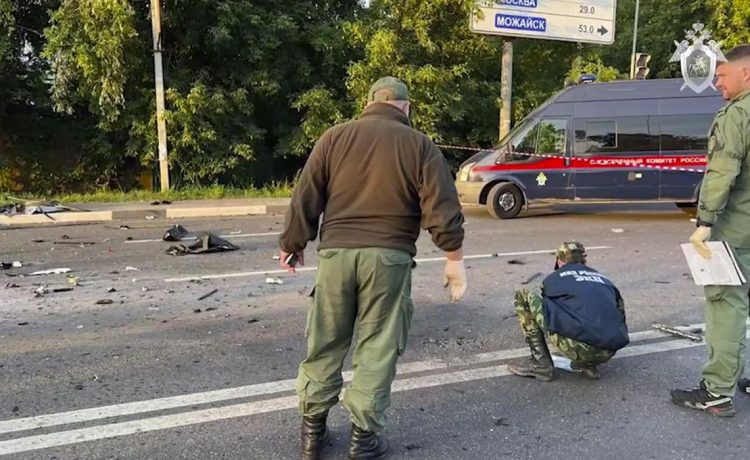 Russian hardline nationalists rushed to blame Ukrainian agents for a stunning car bomb attack just outside Moscow Saturday night that killed the daughter of a leading ideological thinker believed to e a major influence on the foreign policy of President Vladimir Putin.

The death of Darya Dugina, the 30-year-old daughter of ultranationalist Alexander Dugin, seems certain to add a new edge to the fighting in Ukraine, where the invasion ordered by Mr. Putin in February is about to mark its sixth month of indecisive fighting.

Russian investigators said Ms. Dugina died when a bomb placed in her Toyota Land Cruiser detonated on a highway on the outskirts of Moscow. She was pronounced dead at the scene, and social media captured images apparently showing her anguished father viewing the bombing site.

There were conflicting reports on whether Mr. Dugin, a shadowy but influential figure some have called “Putin’s brain,” was the real target of the attack, and whether the car was registered in his or his daughter’s name.

A top aide to Ukrainian President Volodymyr Zelenskyy said Sunday morning that Kyiv had played no role in the attack, but Russian nationalists and pro-Russia Ukrainian separatist leaders rejected that and demanded revenge.

“Vile villains! The Ukrainian regime terrorists tried to liquidate Alexander Dugin, but blew up his daughter,” Denis Pushilin, head of the breakaway Donetsk statelet that Russia has recognized since the war began, wrote on Telegram, according to Agence-France Presse.

Mr. Dugin’s direct influence on Mr. Putin has long been a matter of dispute among Kremlin watchers, but many of his long-argued ideas have clearly been on display in the Russian president’s justification for his decision to invade.

An ardent Russian nationalist, Mr. Dugin has called for the unification of all Russian-speaking peoples — including large enclaves in Ukraine and other former parts of the Soviet empire — into one nation and, like Mr. Putin, has argued that Ukraine itself was culturally and politically an integral part of Russia and not a distinct nationality.

He strongly backed Mr. Putin’s decision to seize the Crimean peninsula from Ukraine in 2014, an operation many see as a dress rehearsal for the decision this year to invade Ukraine.

And like Mr. Putin, he has argued that Russia should stand as a bulwark for traditional Christian values in a “clash of civilizations” against the secularizing influences of the West.

Russian investigators said Sunday morning they were treating the car bombing as a “premeditated” contract hit and pursuing all possible leads.

Britain’s Guardian newspaper quoted a friend of Ms. Dugina who said the philosopher and his daughter were supposed to leave together after attending a cultural festival Saturday night, but at the last moment, the daughter went off in the Toyota Land Cruiser alone.

Mykhailo Podolyak, an advisor to Mr. Zelenskyy, strongly denied any role by Ukraine in the killing, telling a television interviewer, “Ukraine has absolutely nothing to do with this, because we are not a criminal state like Russia, or a terrorist one at that.”

• This article is based, in part, on wire service reports.