The Great Days > News > Russia ridicules the latest round of U.S.-backed sanctions as ‘insane’ and ‘feeble’
News

Russia ridicules the latest round of U.S.-backed sanctions as ‘insane’ and ‘feeble’ 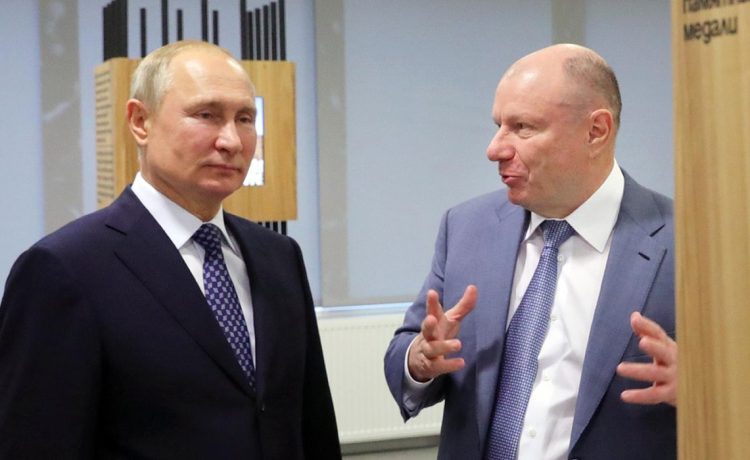 Russian officials on Friday downplayed the Biden administration’s decision to impose economic restrictions on Vladimir Potanin, one of the country’s wealthiest men, in response to the Feb. 24, 2022, invasion of Ukraine.

On Thursday, the U.S. State Department formally sanctioned Mr. Potanin and his family in the government’s latest effort to pressure Moscow over its faltering war in Ukraine. The Russian oligarch, who has close ties to President Vladimir Putin, owns Interros, a conglomerate with a controlling interest in several industries including mining, food production, nuclear fuel, and banking.

“Our actions today are a clear message that the United States will not hesitate to continue to use the tools at our disposal to promote an end to, and accountability for, President Putin’s unconscionable war,” Secretary of State Antony J. Blinken said in a statement.

Russia’s embassy in Washington ridiculed the latest round of U.S. sanctions, calling the effort “close to insane” if it is meant to push Moscow into changing its policy in Ukraine. They said a bicycle rental company was one of the Russian companies on the State Department’s financial blacklist.

“What is this, if not a gesture of feeble outrage by Washington?” the embassy said in a statement. “It would be funny if it weren’t so sad.”

The State Department also slapped sanctions on 29 Russian regional governors, two of their family members, and a business owned by one of them.

“These governors oversee and enforce the conscription of citizens in response to Russia’s recent mobilization order,” the State Department said. “The United States will not hesitate to continue to use the tools at our disposal to promote an end to, and accountability for, President Putin’s unconscionable war.”

Russia’s embassy in Washington called the State Department’s comments “propaganda” from U.S. officials who continually claim the country’s economy will soon be in tatters.

“This is not happening, and it certainly won’t,” the embassy said. “Despite external pressure, Russia will move forward in its development.”