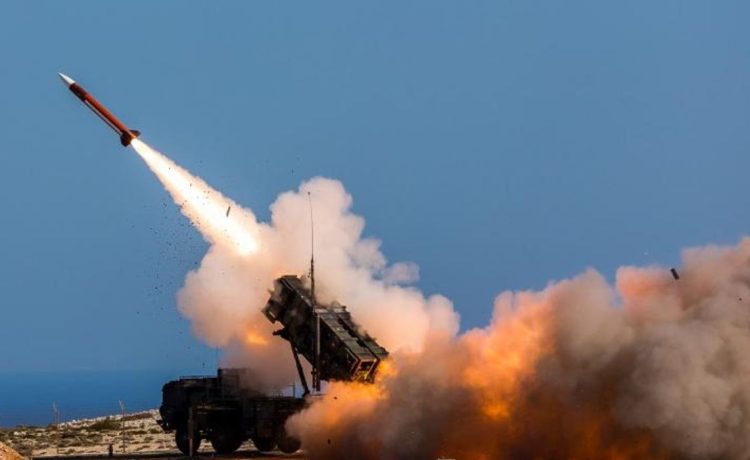 Russia bluntly warned Thursday of “unpredictable consequences” if the Biden administration pushes ahead with plans to provide Ukraine with the Patriot missile system, its most sophisticated air defense weapon, to help them in their war against Russian invaders.

Kyiv has pressed the U.S. and other Western powers for more advanced weapons to counter a barrage of deadly missiles and drones targeting civilian infrastructure, but Russia’s Foreign Ministry said Thursday that the Western arms flowing into Ukraine would be “legitimate targets” for Russian forces.

Although there have been widespread reports this week in Washington that the Patriots’ transfer was in the works, a Pentagon spokesman Thursday still would not confirm that President Biden was ready to sign off on the transfer within days.

While the U.S. and its allies have strongly backed Kyiv, they have also insisted they have no interest in a direct clash with a nuclear-armed Kremlin. But Russian officials say the escalating level of support — including a separate, just-announced plan to expand the training program for Ukrainian forces in Western Europe — is effectively drawing the U.S. and its NATO partners into the war.

Russia’s embassy in Washington said this week the Patriot transfer would be “yet another provocative step” by the Biden administration.

“Continued deliveries of arms will only strengthen [Ukrainian President Volodymyr] Zelenskyy regime’s sense of impunity and push it to new crimes against civilians in Donbas, Kherson and Zaporozhe regions,” embassy officials said on their Telegram social media account.

Russian Foreign Ministry spokeswoman Maria Zakharova argued in a briefing Thursday that Washington had “effectively become a party” to the war with its ever-expanding support for Kyiv. If Patriot defense systems are added to the mix, she said, it would become “another provocative move by the U.S.” and broaden its involvement in the hostilities, “entailing possible consequences.”

“Any weapons systems supplied to Ukraine, including the Patriot, along with the personnel servicing them, have been and will remain legitimate priority targets for the Russian armed forces,” Ms. Zakharova declared.

To date, the U.S. and other NATO allies have provided Ukraine with short- and medium-range air defense systems that can down Russian aircraft and drones, but not the ballistic and cruise missiles Ukrainian cities are increasingly facing today.

Even if the Patriot deal falls through, the U.S. is becoming “increasingly drawn into the conflict” over its security assistance to Ukraine — more than $19.3 billion since the invasion in late February, Russian officials said.

“The weapons flow is growing [and] the training of servicemen is expanding,” the embassy said. “The Ukrainian assistance is being supplied with intelligence data. Sending American military specialists to the combat zone is discussed more and more often. In addition, U.S. citizens participate in the confrontation as mercenaries.”

On Thursday, a Pentagon spokesman said he found it “ironic and very telling” that Russia would consider the Patriot system, which is solely designed to defend against air attacks, to be a provocative piece of military hardware. After their initial land attacks were repulsed, Russian forces have turned recently to an intense drone and cruise missile campaign, targeting cities and Ukraine’s vulnerable power infrastructure.

Brig. Gen. Patrick Ryder said Russia was “a country that brutally attacked its neighbor in an illegal and unprovoked invasion” and is “deliberately targeting and killing innocent civilians and destroying civilian infrastructure.”

“Despite Russia’s propaganda to portray themselves as victims, it’s important to remember that Russia is the aggressor here,” Gen. Ryder told reporters.

On Thursday, the European Union agreed on a fresh round of sanctions on Russia over the war in Ukraine. EU governments on Thursday agreed on a ninth package of penalties on Russian firms and individuals. According to media reports, a compromise deal with European diplomats, which could be announced Friday, is thought to target some 200 individuals.

Also on Thursday, the Pentagon confirmed the U.S. military will soon begin training Ukrainian soldiers on combined arms maneuvers. American instructors will train about 500 Ukrainian soldiers — the size of a small battalion — each month, beginning early next year.

Since the invasion, U.S. troops have trained Ukrainians to operate the weapons they’ve received, such as the M142 High Mobility Artillery Rocket System (HIMARS) or the FGM-148 Javeline anti-tank weapon. The new training will be held at the Army’s training post in Grafenwohr, Germany. It will focus on company and battalion-level maneuvers in the field and higher-level command post exercises.

The new program is actually a resumption of earlier training that U.S. Army Special Forces and National Guard personnel were conducting in Ukraine prior before the war began.

“We will stay flexible and adaptable based on the needs of our Ukrainian partners and the evolving situation in Ukraine,” Gen. Ryder said. “Training has been essential to ensuring that Ukraine has the skilled forces necessary to better defend themselves.”

And although they have pressed repeatedly for more firepower from the West to fight off the Russian forces, officials of Mr. Zelenskyy’s government appeared to appreciate the sensitivity of bringing in the Patriots, which have been limited so far only to close U.S. military allies.

The Associated Press reported that Hanna Maliar, Ukraine’s deputy defense minister, told reporters Thursday in Kyiv that the delivery of such weaponry remains “sensitive not only for Ukraine, but for our partners” and that only Mr. Zelenskyy or Defense Minister Oleksiy Reznikov would make any official announcement on such an agreement.

Operating and maintaining a Patriot battery requires as many as 90 troops, the AP reported, one major reason the Pentagon has balked at previous requests from Kyiv. Even if the defensive batteries are manned by hastily trained Ukrainian soldiers, there are concerns a Patriot defensive missile could go astray and land inside Russia.