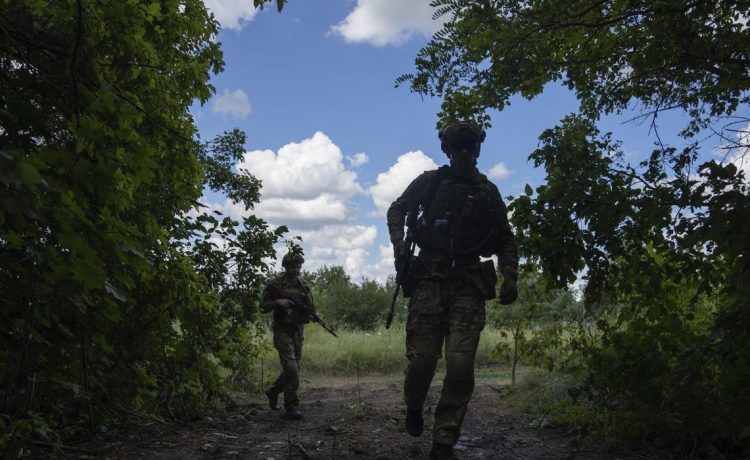 Russia is trying to incorporate Ukrainian towns into its administrative state, but pro-Russian officials risk being targeted by angry locals who fight back, U.K. intelligence officials said Wednesday.

The Russian-appointed administration in Velykyi Burluk said one of its mayors was killed on Tuesday in a car bombing.

“The targeting of officials is likely to escalate, exacerbating the already significant challenges facing the Russian occupiers and potentially increasing the pressure on already reduced military and security formations,” the U.K. Ministry of Defense tweeted in its daily update on the war.

The effort to undermine Ukrainian legitimacy includes a decree that will make it easier for occupied Ukrainians to obtain Russian citizenship.

U.K. officials said Russian forces continue to advance in the eastern Donbas region, which remains Russian President Vladimir Putin’s focus after early stumbles in the invasion he ordered on Feb. 24.

Russian forces will focus on taking the towns of Siversk and Dolyna on the way to two bigger targets, Slovyansk and Kramatorsk, in the coming days.

Elsewhere, Russian and Ukrainian negotiators are set to meet in Istanbul on Wednesday to discuss ways to release grain from Ukrainian ports and ease global hunger.