Russia shoots down Ukrainian drone near its Engels airbase 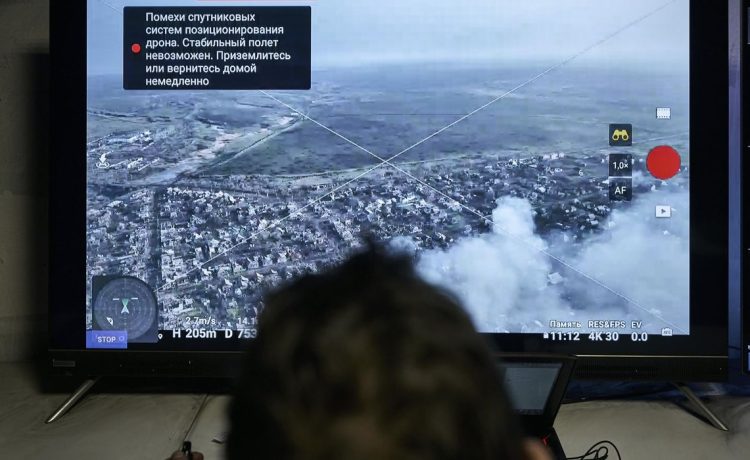 KYIV, Ukraine (AP) — The Russian military reported on Monday that it shot down a Ukrainian drone approaching an airbase deep inside Russia, the second time the airbase has been targeted this month, raising questions about the effectiveness of Russia’s air defenses if drones can fly that far into the country.

Russia’s Defense Ministry said the incident took place in the early hours of Monday, and three servicemen were killed by debris at the Engels airbase that houses the Tu-95 and Tu-160 nuclear-capable strategic bombers that have been involved in launching strikes on Ukraine.

Engels is located in Russia’s Saratov region on the Volga river, more than 600 kilometers (more than 370 miles) east of the border with Ukraine.

No damage was inflicted on Russian aircraft, the ministry said.

Ukrainian Air Force spokesperson Yurii Ihnat, speaking to Ukrainian television on Monday, did not directly acknowledge his country’s involvement in Monday’s incident, but said: “These are the consequences of Russian aggression.”

He added: “If the Russians thought that the war would not affect them in the deep rear, they were deeply mistaken”

On Dec. 5, unprecedented drone strikes on Engels and the Dyagilevo base in the Ryazan region in western Russia killed a total of three servicemen and wounded four more. The strikes on the airbases were followed by a massive retaliatory missile barrage in Ukraine that struck homes and buildings and killed civilians.

In Ukraine, at least four civilians have been wounded in Russian shelling of five regions in the country’s southeast over the past 24 hours, according to the deputy head of Ukraine’s presidential office, Kyrylo Tymoshenko. Overall the intensity of the shelling the night from Sunday into Monday has been significantly lower.

For the first time in weeks, Russian forces didn’t shell the Dnipropetrovsk region, which borders the partially occupied southern regions of Kherson and Zaporizhzhia, its governor, Valentyn Reznichenko, reported on Telegram.

“This is the third quiet night in 5.5 months since the Russians started shelling” the areas around the city of Nikopol, Reznichenko wrote. Nikopol is located across the Dnieper River from the Zaporizhzhia nuclear power plant, which is under control of the Russian forces.

Ukrainian-controlled areas of the neighboring Kherson region were shelled 33 times over the past 24 hours, according to Kherson’s Ukrainian Gov. Yaroslav Yanushevich. There were no casualties.

On Sunday, Russian forces attacked the city of Kramatorsk, where Ukrainian forces are headquartered. Three missiles hit an industrial facility and damaged residential buildings, but no casualties were reported, according to the battlefield report from the Ukrainian presidency.

In the partially occupied eastern Donetsk region, fierce battles continue around the city of Bakhmut, which Russian forces have been trying to seize for weeks to consolidate their grip on Ukraine’s east.

In the neighboring Luhansk region that it is almost entirely under Moscow’s control, the Russian forces are “suffering huge losses and medical facilities are overwhelmed with wounded soldiers,” Luhansk’s Ukrainian governor, Serhiy Haidai, told Ukrainian television Monday. The Russian army is redeploying paratroopers from the Kherson region to the area, Haidai said.

On Saturday, a deadly attack on the city of Kherson, which was retaken by Kyiv’s forces last month, killed and wounded scores. Local residents are lining up to donate blood for those wounded in the deadly attack, Gov. Yaroslav Yanushevich said Monday.