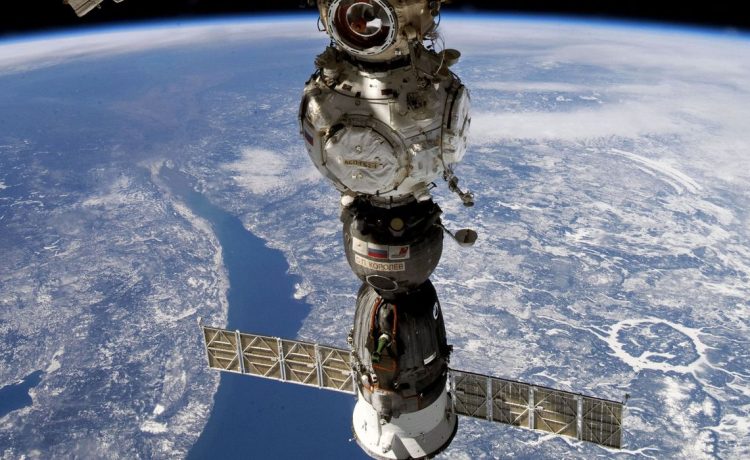 Russia’s Roscosmos will launch the Soyuz MS-23 module to the International Space Station on Feb. 20, the space agency said Wednesday in a joint announcement with NASA.

The new craft replaces the Soyuz MS-22 module, which was damaged by a micrometeoroid and which began leaking coolant on Dec. 14.

“We’re not calling this a rescue Soyuz. I’m calling it a replacement Soyuz. This is the next Soyuz that was scheduled to fly in March. It will just fly a little early,” NASA Space Station Program Manager Joel Montalbano said, according to Space.com.

The micrometeoroid strike and the leaking coolant were discovered by Roscosmos cosmonauts preparing to do a spacewalk.

“Space is not a safe place, and not a safe environment. We have meteorites, we have a vacuum and we have a high temperature and we have complicated hardware that can fail. Now we are facing one of the scenarios … we are prepared for this situation,” said Sergei Krikalev, Roscosmos Executive Director for Human Spaceflight Systems, according to Reuters news agency.

The MS-23 was originally scheduled to fly in March, but is being sent up early and empty; the module will serve as both lifeboat and return craft for Roscosmos cosmonauts Sergey Prokopyev and Dmitry Petelin and NASA astronaut Frank Rubio.

The three have been living on the ISS since the MS-22 carried them to the station after launching from Baikonur Cosmodrome in Kazakhstan on Sept. 21.

Without coolant, attempting to return to Earth on MS-22 would be risky for the three space travelers. The flight can be six hours or longer, and the inside of the craft would not only get very humid, but reach temperatures of up to 104 degrees.

Currently, there is also a SpaceX Dragon module attached to the ISS, but that craft serves as the lifeboat and return craft of NASA astronauts Nicole Mann and Josh Cassada, along with Japan Aerospace Exploration Agency (JAXA) astronaut Koichi Wakata and Roscosmos cosmonaut Anna Kikina, according to the Associated Press.

Those four rode up to the ISS after launching from Florida’s Kennedy Space Center on Oct. 5.

With MS-23 flying up loaded with cargo instead of with a crew to replace Mr. Rubio, Mr. Petelin and Mr. Prokopyev, the flight schedules for Roscosmos and NASA will be shifted. The ISS departure date after MS-23 arrives for the three men has not yet been set.

“Right now, the crew is safe on board the space station. There’s no immediate need for the crew to come home today,” Mr. Montalbano said.

The MS-22 will depart some weeks after the MS-23’s arrival, so that the three men will have time to transfer over necessary equipment from one module to the other. MS-22 will depart full of gear and science experiments that will not be harmed by the high temperatures and be guided to land in Kazakhstan.