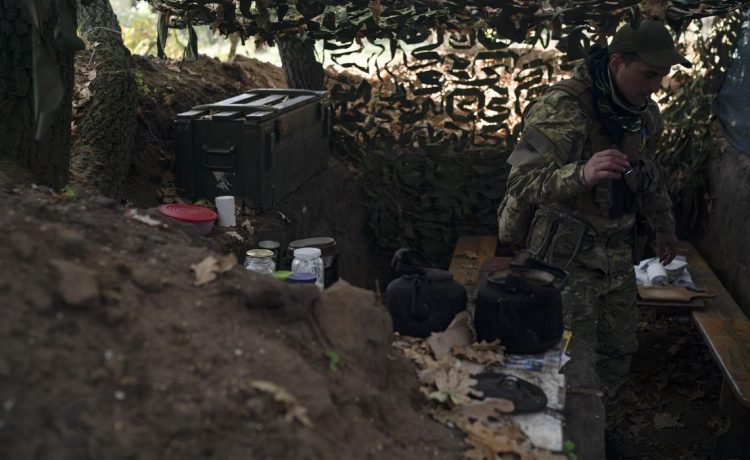 “The occupiers destroyed all critical infrastructure — communication, water supply, heat, electricity,” Mr. Zelenskyy said in a televised address. “But we will restore everything. Believe me. Although it takes time for this, it is already clear to everyone that the outcome will be ours, the Ukrainian one.”

Officials in Kherson and its outlying villages said they’ve prioritized the restoration of electricity and clean water for the residents of a city battered by nearly nine months of war.

Russian troops captured Kherson in late February, just days after the war began. Their retreat from Kherson marks arguably the greatest humiliation of the entire conflict for Russian President Vladimir Putin, who just two months ago claimed that Moscow was “annexing” the entire Kherson province into Russia.

Instead, his troops have abandoned the city, fueling hopes in Kyiv and among Ukraine’s Western allies that the tide has fully turned in Ukraine’s favor.

“Ukrainians have just won an extraordinary victory where the one regional capital that Russia had seized in this war is now back under a Ukrainian flag. And that is quite a remarkable thing,” White House National Security Adviser Jake Sullivan said over the weekend.

Indeed, Mr. Zelenskyy vowed that Ukrainian troops will press the advantage and will seek to drive Russian forces out of all Ukrainian territory, including Crimea, which Russia and its proxy forces seized in 2014.

But Ukrainian leaders also face the daunting task of rebuilding cities devastated by war. In Kherson, officials reportedly will maintain a strict 5 p.m. curfew as a security measure, and to allow crews to work around the clock to begin restoring vital services.

“The enemy mined all critical infrastructure objects,”Yaroslav Yanushevych, governor of the Kherson region, said Sunday, according to Reuters.

Other local officials said that most homes have no electricity and no running water. Cellphone service also has been largely wiped out.

Kherson and its surrounding villages also face grave shortages of food and medicine. One Ukrainian official told the Associated Press on Sunday that the situation inside the city is nothing less than a “humanitarian catastrophe.”