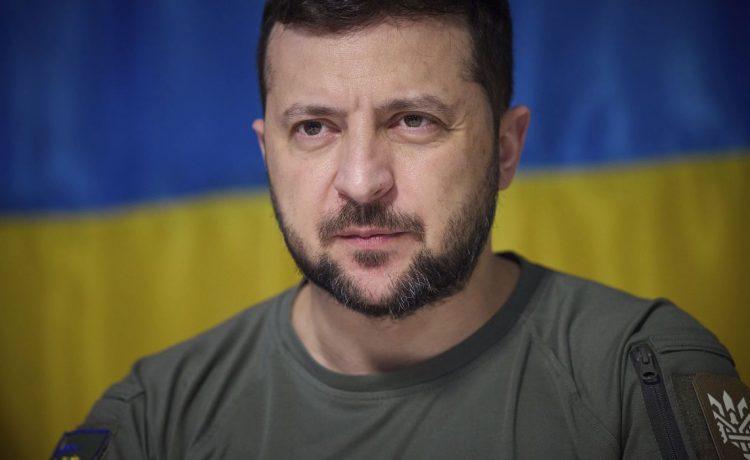 Russia’s invasion of Ukraine is getting personal — again.

Ukrainian officials said Wednesday they are seeing signs Russia’s invading forces are creating a “strike force” for a renewed push on  Kryvyi Rih, the industrial heartland city that also happens to be the hometown of President Volodymyr Zelenskyy.

Ukraine’s southern military command described on social media a fierce battle for the military initiative in the region, with Ukrainian forces attempting a major counteroffensive in the region around the Black Sea city of Kherson, where occupying Russian forces have been largely cut off from reinforcements.

The Ukrainian dispatch said the Russian army appeared to be assembling a new force for a counterstrike in the region, with Kryvyi Rih, a major industrial and steel-producing city, the prime target just 30 miles behind the current Ukrainian defensive line in the south.

“The enemy continues to wage hostilities along the occupied defense line,” the southern command said, according to the Ukrinform news service. “They started to set up a strike grouping in the Kryvyi Rih direction. It is quite likely that the enemy is preparing a counteroffensive with further plans to advance to the administrative border of Kherson region.”

A Russian offensive in the opening days of the now five-month-old campaign attempted to capture the city in late February, only to be turned back by Ukrainian forces.

Mr. Zelenskyy, who has achieved global fame as the face of his country’s resistance to the invasion by its larger and better-armed neighbor, was born in the largely Russian-speaking city of Kryvyi Rih — then still part of the Soviet Union — in 1978, attended law school there and began his career as a comedian and actor with a local troupe.